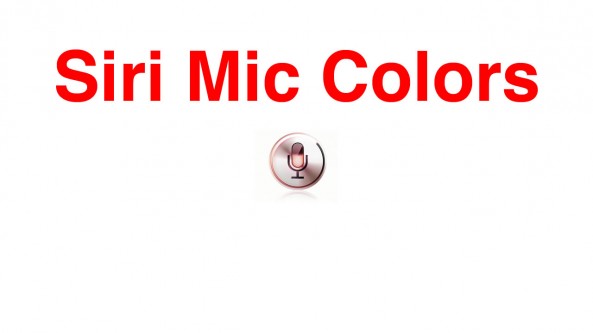 Now that the iPhone 4S jailbreak is finally among us, it’s time to start the fun. One of the most obvious features to tweak is Siri, the extremely popular personal assistant that’s pretty much exclusive to the iPhone 4S outside of tweaks like Spire and the like.

One of the first tweaks available for Siri customization is Siri Mic Colors; in fact, this tweak has its own dedicated repo that houses multiple tweaks to alter the color of Siri. And we’ve got it all on video, check it out inside…

To get this tweak, add the following repo to your Cydia sources: http://repo.technetec.com

Once added, you will see Blue, Green, Red, and Yellow Siri Mic Color tweaks. You’ll also see a tweak simply entitled Siri Mic Colors. The colored named tweaks are standalone tweaks that change Siri’s microphone to just that one color, while Siri Mic Colors is a tweak that will change the color of the Siri microphone depending on how loud you speak.

The only downside is that these tweaks require WinterBoard, which may be a deal breaker for some. Fortunately, WinterBoard runs pretty well on the iPhone 4S, and I experienced no problems or hiccups.

Are you tired of the purple? Would you consider changing your Siri Microphone color?