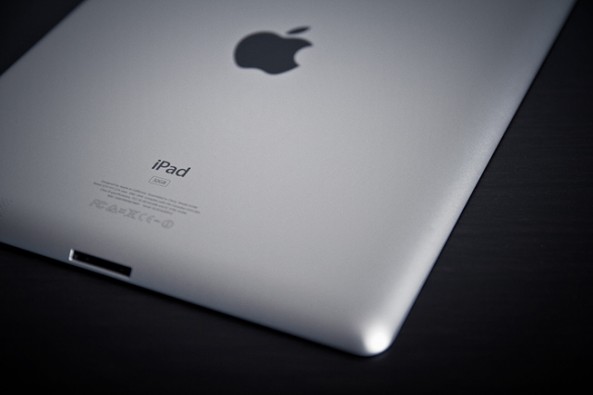 As he has done in the past, Jeremy Horwitz of iLounge has claimed to have seen the rear shell of the next-generation iPad. He also revealed a prototype shell of the iPad 2 during CES last year and correctly predicted the tablet’s basic upgrades and features.

This time, Horwitz has followed up on his previous iPad 3 report with the claim that he has touched the rear shell of Apple’s next-generation iPad. He notes that the exterior design of the device hasn’t changed, but he does expect better cameras and a higher-quality screen.

Yesterday, one day ahead of the 2012 CES, I saw what’s supposedly the next-generation iPad. I’d show you a picture, but there’s honestly nothing to be seen. Think iPhone 4 to iPhone 4S: this device so resembles the iPad 2 that differences are only obvious when they’re placed next to each other. From the back, you could walk past this new iPad on display and have no idea that anything had changed.

The next-generation iPad’s exterior is reportedly “unnoticeable on first inspection,” meaning that most cases and accessories should work with the upcoming device. The rear-facing camera is supposedly bigger and sliver-ringed, much like the iPhone 4S’s camera without the LED flash. The iPad 2’s cameras are so terrible that it would be a real tragedy for Apple to not increase the quality.

Rumors have suggested that the next iPad will set itself apart with a Retina-like display. Horwitz seems to agree:

From the front, the next iPad and iPad 2 appear to look basically the same—apart, of course, from the screen. That’s going to be Apple’s big focus when the new device is announced, but I didn’t see it. One company claimed to have heard the screen would be just a little smaller than the iPad 2’s, but if that’s the case, the front glass bezel I saw didn’t seem to suggest that. Switch, button, speaker, and other elements located on the side edges are all the same, as are the headphone and Dock Connector ports. In other words, last year’s accessories should generally work properly with the new model, which is great.

He feels that Apple could easily call the tablet something like “iPad 2S” or “iPad 2HD,” as the changes are not that substantial. Given the fact that Apple chose to call the latest iPhone the “4S,” it’s entirely possible that the company could adopt the same naming scheme with the iPad. Apple is expected to keep offering the iPad 2 at a reduced price when the next-generation is announced in the next few months.

Would higher-quality cameras and a better screen be enough to make you buy Apple’s next tablet?