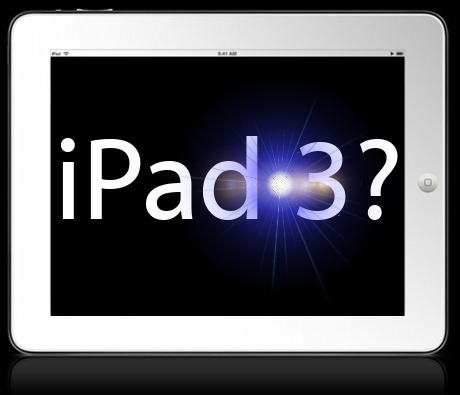 There’s no outrunning the rumor-mill, especially when the world is expecting a new iPhone or iPad just around the corner. While we’re barely coming down after the whole iPhone 5 craziness that surrounded the iPhone 4S release, it’s fair to say that we are now well and truly in iPad-silly season.

That said, we never expected to hear something like this report. According to the infamous Digitimes, Apple could be set to bring an iPad 3 to market as soon as March, only to follow that up with the release of the iPad 4 seven months later in October.

Citing component suppliers, Digitimes believes that the two-pronged attack is designed to stave off the impending influx of both new Android tablets and the release of Windows 8 machines later in the year.

The first tablet to be released, the iPad 3, is believed to sport a QXGA (1,536×2,048 pixels) display along with improved battery life as the rumors have suggested for some time now. Apple would also take the opportunity to reduce the price of the existing iPad 2, in effect offering a cut-price tablet to those not wishing to fork out for the top of the range machine.

Not content with just iPad 3 rumors, Digitimes also believes that the iPad 4 is closer to a release than we expected, with October being the proposed date. Little is known about this mythical creature, other than it would pack improved internals and be aimed at fighting off the expected influx of Windows 8-powered tablets.

Both of the rumored devices are expected to retain the same 9.7-inch screen that we have come to love, with no mention of a smaller 7-inch device on the horizon.