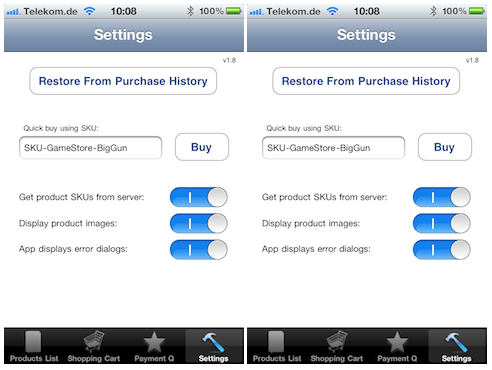 A few days ago, a mysterious application surfaced in the App Store. GameStore, which listed Apple as its developer, popped up on December 31st of last year and was available for 3 days before getting pulled.

The odd thing is that the $0.99 app didn’t really seem to do anything. Most folks have dismissed the program as an internal in-app purchase testing tool that Apple published by mistake, but there could be more to it.

Users who purchased the application have started receiving refunds from Apple along with the following message:

“You recently purchased the GameStore app. The app was made available for sale prematurely. We apologize for the problem and have refunded the purchase amount back to your account. These funds will be applied to your original payment method within 5 business days.”

While this could just be a coverup for a more embarrassing mistake, it could also suggest that Apple is about to release an independent store for video games. The idea isn’t really that farfetched when you think about it.

Apple already uses apps like the iTunes Store, iBooks store, and Newsstand to separate its content. This makes it easier to browse for and find particular items as it significantly reduces the size of the containing database. iOS has become an extremely popular mobile gaming platform. So a dedicated “Game Store” seems like a logical next-step.

Obviously this is all just speculation at this point, and Apple surely wouldn’t charge a dollar for its “Game Store,” but it’s certainly interesting. In all honestly, we would love a separate App Store for games.