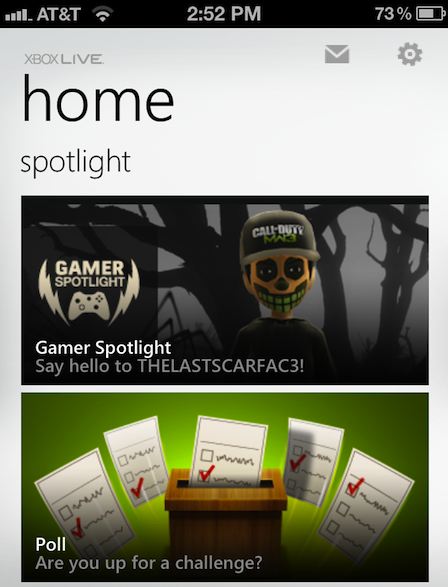 Members of Microsoft’s popular online gaming community, Xbox LIVE, will be happy to hear that an official iOS app has just surfaced in the App Store. There had been some doubt on whether Microsoft would port the app to Apple’s mobile OS.

Xbox LIVE integration has been one of the Windows Phone features that Microsoft touts as an advantage over other mobile platforms. But with millions of users across the globe, Microsoft couldn’t continue to ignore the massive iOS crowd…

Take your Xbox LIVE experience wherever you go with the My Xbox LIVE app. Track and compare your achievements, connect with your Xbox LIVE friends, and change up your 3D Avatar. Review all your recent great games you and your friends love to play and compare achievements with them. Jump into your games hub to learn about the latest LIVE games and apps. Access Xbox Spotlight feeds, get breaking news from Xbox LIVE, game tips and tricks, gamer spotlight and much more.

Once you sign into the app with your Xbox LIVE account you’re taken to the home screen. Both the iPhone and the iPad versions sport a beautiful user interface — extremely similar to the popular Windows Phone Metro UI that we showed you last week.

If you want to check out the app for yourself, you can download My Xbox LIVE for free from the App Store.

What do you think of Microsoft’s new app?