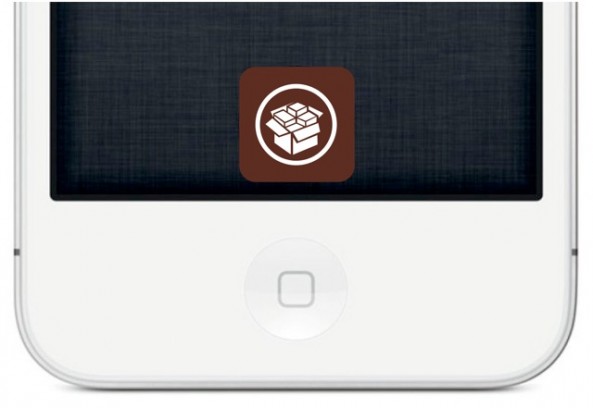 Do I really need to jailbreak anymore? I’ve been thinking about that question since I got my iPhone 4S about two months ago. I know this sounds sacrilegious on iDB, but think about it: do we really need an untethered iOS 5 jailbreak?

After taking a step back from the jailbreak scene for awhile, I’ve realized that I don’t have a desire to jailbreak anymore. Why? I think that I’m waiting for the “next big thing.”

I’ve been jailbreaking for years, and I can’t remember the last time I didn’t have a jailbroken iDevice for more than a month. I love covering jailbreak apps and news on iDB, and I love the people in the jailbreak community and the innovation that jailbreaking spurs. I’ve invested countless hours into the jailbreak community, and part of my identity as a lover of technology and Apple is rooted there. I’m writing as someone who has been a jailbreaker and owns Cydia t-shirts, not someone who “kind of” jailbreaks every now and then for fun.

Since I got my iPhone 4S, I haven’t had a jailbreak for nearly two months. I’ve been using iOS 5 on all of my iDevices (iPad and iPhone) without a jailbreak since the software went public, and I’m not sure that I need to jailbreak again.

Apple added a ton of new features in iOS 5, including some of the jailbreak features I relied on before, like Xpandr. Besides biteSMS’s quick reply feature for messaging (which we all know Apple will implement eventually) and possibly a tweak like IntelliScreenX, I can’t find any tweaks that are worth jailbreaking for on iOS 5. I used to rely on MyWi and PdaNet for tethering, but now that carriers are cracking down on that activity, it’s not worth it for me anymore.

Notification Center answers a lot of the problems I had with the iOS notification system before, and while I’d like to install third-party widgets, I’m willing to wait until Apple officially opens up access to developers. While it would be “neat” to have folders inside folders and a scrollable dock, those types of tweaks aren’t necessarily worth jailbreaking for, are they? All of the little tweaks out there are just “neat” at the end of the day, not game-changing.

We’ve had a tethered and semitethered iOS 5 jailbreak since the software went public, and there’s been unprecedented anticipation for an untethered exploit that also works on iDevices with the A5 processor, like the iPad 2 and newly-released iPhone 4S. Why has the there been so much hype around the upcoming jailbreak? Perhaps it’s because of flagship iOS 5 tweaks, like IntelliScreenX, that have been making a splash. Or maybe it’s because many originally thought that jailbreaking would be nearly impossible after iOS 5, and an untethered exploit for all iDevices would reaffirm that jailbreakers are still in it for the long haul.

Several months ago I wrote that the cat and mouse game between jailbreakers and Apple was just beginning, and I still believe that. The innovation that comes from jailbreak developers can’t be denied, but in this stage of the game, I don’t see anything that definitively says, “I am the reason you should jailbreak your iPhone.”

To put my predicament into plainer terms, I’ll address a question I get asked often by non-tech savvy friends.

Every once in awhile, a friend that knows what I do will ask me, “Why should I jailbreak my iPhone?” This question usually comes from friends that just bought an iPhone, or from someone that’s bored with their iOS setup.

For years, I have been able to give some sort of reason that usually justifies why I jailbreak, or why the person asking should jailbreak. Usually, only SBSettings, biteSMS, MyWi, and now IntelliScreenX can convince someone that jailbreaking is actually worth it. All of the smaller tweaks, like Infinidock and even 3G Unrestrictor, are cool, but they don’t convert potential jailbreakers by themselves. It takes something big or a lot of small tweaks to get someone to switch camps.

Recently, I’ve had a hard time justifying why I should jailbreak. This is mainly because I can’t think of enough jailbreak tweaks to justify losing several perks in iOS 5. I know that there’s workarounds for these issues, but I like being able to update iOS 5 over-the-air and restore from iTunes backups. For the past couple of months I haven’t had to worry about any of the downsides to jailbreaking. I haven’t had to worry about new tweaks crashing MobileSubstrate or random Springboard resprings. It’s been refreshing.

SBSettings has been one of the main things I’ve missed since I got my iPhone 4S. But now that there’s multiple ways to get quick access to system toggles without jailbreaking, I don’t miss the once-invaluable SBSettings as much. biteSMS’s quick reply feature for messages would be nice, but I can live without it.

Maybe I’m just bored with jailbreaking. Being able to change app icons and have system settings on the lock screen is nice, but it doesn’t have that “wow factor” anymore. I believe that many people jailbreak out of a philosophical conviction, and I totally understand that thought process. Apple has placed restrictions on what we can do with our iDevices, and jailbreaking frees us from those restrictions. I’m all for that type of creed, but like I’ve said, it’s all starting to get boring.

I’ve had multiple non-tech savvy friends tell me that they would jailbreak to run Siri on the iPhone 4. There are plenty of reasons why a Siri port isn’t in the picture right now, but I think that something like a Siri port is the “next big thing” that the jailbreak community needs.

Veterans will continue to jailbreak every version of iOS regardless of the benefits and downsides, but potential converts need something of substantial magnitude to make the decision. In the old days, people used to jailbreak because that was the only way to download third-party apps. Once Apple launched the App Store, the jailbreak community became appealing for other reasons, like the ability to unlock your iPhone for free. You could tether over 3G for free if you jailbroke, and you could theme iOS to make it look like anything from the Android OS to a Mountain Dew advertisement. The real geeks like to have access to the iOS filesystem, and jailbreaking makes that possible. And let’s be real; a lot of people still jailbreak to pirate apps.

For the more adventurous, including myself, jailbreaking hasn’t been about a specific feature, but rather all of them put together. For many, jailbreaking is about the ability to modify and extend the usefulness of iOS. While I totally align myself with that mentality, I still feel like my iPhone is waiting for the “next big thing.”