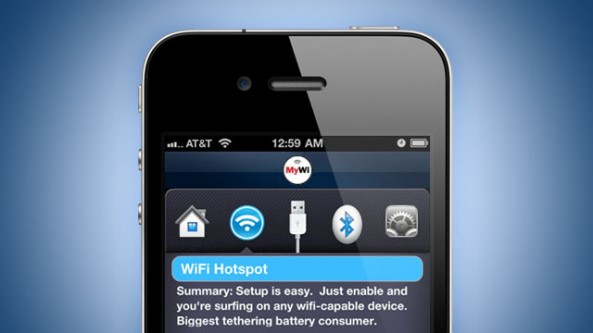 Jailbreak developers are beginning to update their tweaks and apps with iOS 5 compatibility. We told you about BiteSMS getting updated for iOS 5 yesterday, and now another staple jailbreak app has been updated for Apple’s highly anticipated mobile software.

Popular tethering app MyWi has been updated by Intelliborn to version 5.0. With iOS 5 compatibility, this new version of MyWi also features some improvements and bug fixes…

MyWi allows you to create WiFi hotspots via your iPhone or iPad’s 3G connection. The app has been known to get users in trouble on AT&T, so be careful when using this app to unofficially tether to other devices.