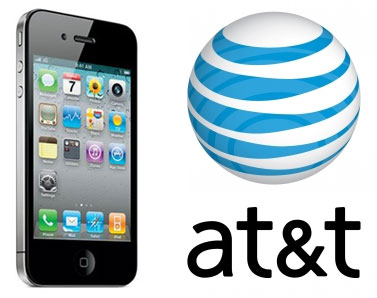 The industry was shocked when Apple announced that the iPhone would only be available on AT&T in the summer of 2007. While many phone makers tried to get their handsets on as many carriers as possible, Apple entered into an exclusive agreement with AT&T that lasted until February of this year.

Despite the new competition from Verizon, Sprint, and regional carriers like C Spire, iPhone owners have remained loyal to AT&T. Perhaps the nation’s biggest GSM carrier isn’t as evil as we all thought?

“Churn has not moved at all,” said Glen Lurie, president of emerging devices for AT&T. Churn refers to the number of customers who cancel services.

Lurie said the carrier’s relationship with Apple Inc., maker of the iPhone, has been positive, and they’ve had record-breaking sales of the latest iPhone 4S which has led to some supply issues. U.S. consumers are looking at a week to two week wait times to get the latest iPhone 4S from AT&T, he said.

AT&T sold a staggering 1 million iPhone 4S units during Q3. The carrier still saw a slight decrease in iPhone activations during its last quarterly earnings, with only 16% of all iPhones in the US sold on its network. AT&T owned 37% of the US iPhone market this time last year.

When the iPhone 4S came out, we compared the device on AT&T, Verizon, and Sprint. AT&T seemed to be the fastest data provider in most cases.

People seem to be sticking with AT&T as new iPhone models become available. It’s important to put this in a larger context: AT&T is the only carrier in the US that has tons of iPhone 3GS customers with expired contracts. This means that there were many more customers ready to upgrade on AT&T when the iPhone 4S was announced, while Verizon customers only got the iPhone 4 earlier this year.

You can look at AT&T’s customer loyalty in a number of ways. It seems to be a testament to AT&T that so many 3GS customers decided not to switch providers this year.

What do you think? Did you stick with AT&T when you bought your latest iPhone? Are you considering switching to another iPhone provider?