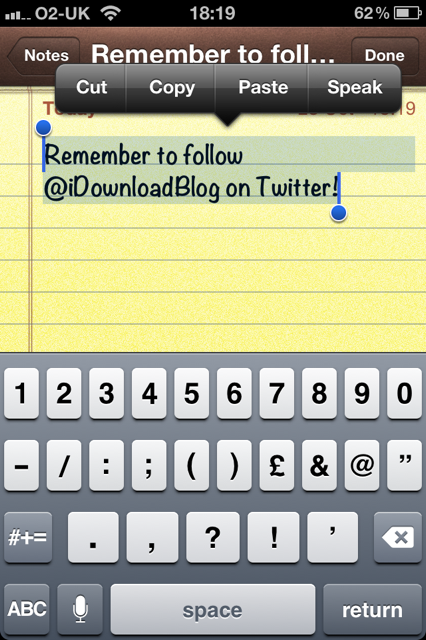 When iOS 5 was released alongside the iPhone 4S, much of the talk was about Siri and other voice-related technology built right into the operating system. The option to speak into your iPhone and have it either translate that speech to text, or act upon your instruction is obviously super cool, but there’s one speech-related feature that’s slipped under the radar.

iOS 5 has a new accessibility option that allows iPhone, iPod touch, and iPad users to have their text read back to them…

The toggle switch for text-to-speech is hidden inside the General > Accessibility section of your iDevice’s Settings app, and goes by the name of “Speak Selection.” You can also change how quickly the text is read via a slider. 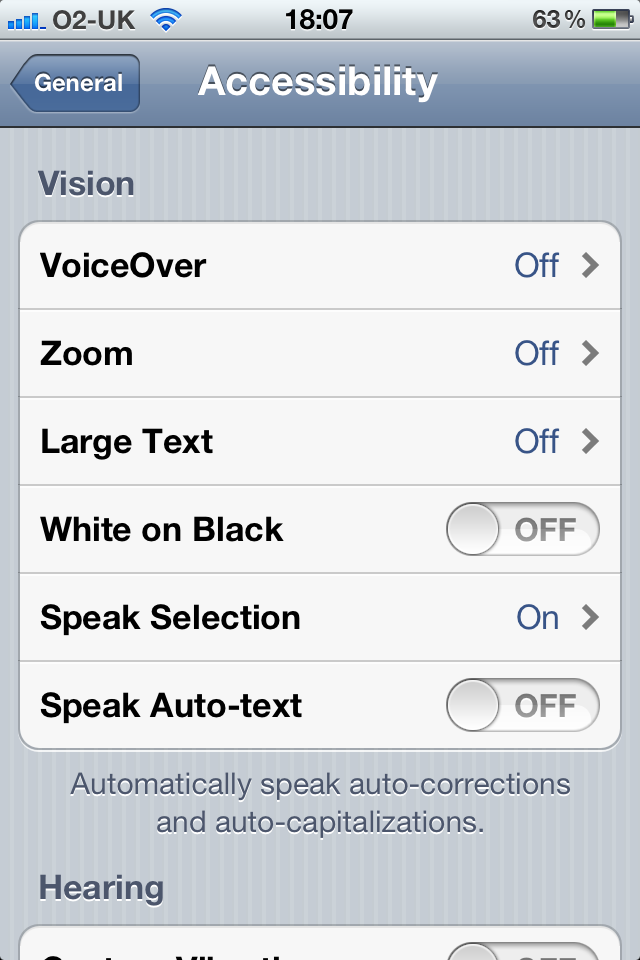 Once activated, tapping on any text to select it will bring up the option to have it read to you via the new “Speak” button.

The quality of the voice Apple has used is surprisingly good, though they haven’t chosen to use the same voiced used for Siri.

Couple this with a long blog post saved in Instapaper and you might never need to read anything on your iPhone again, though we’re not necessarily sure that’s a good thing!