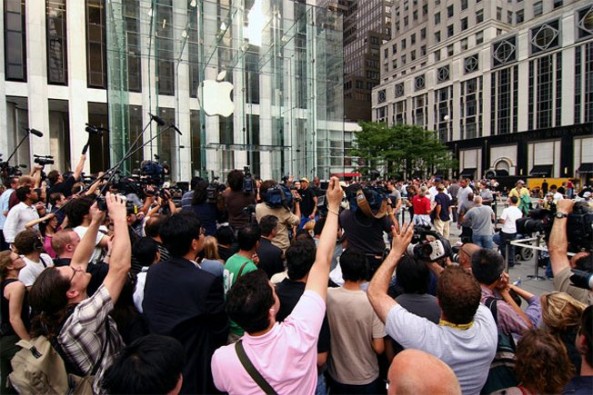 Even though it was initially met with some criticism, Apple’s newest handset hasn’t had any problems flying off the shelf. Yesterday morning, the Cupertino company reported that it sold a staggering 4 million iPhone 4S units during opening weekend.

Not only did the three day sell-a-thon set a company best for Apple in handset sales, it also helped US-based carriers like Sprint and AT&T set single-day sales records. And it looks like the smartphone’s unprecedented run is only just beginning…

The fastest selling consumer device in history is the Kinect accessory for the Xbox 360 console. Microsoft sold a mind-numbing 8 million Kinect units in the product’s first 60 days on the market. The funny thing is, Apple is halfway there after opening weekend.

Next week, the company is scheduled to launch the iPhone 4S in 22 new countries. When you consider that it only launched in 7 countries initially, it’s feasible to think that the iPhone 4S could dethrone the Kinect as the fastest selling consumer device ever.

Call it Fanboism, call it the Jones effect, call it whatever you want. Apple’s winning.