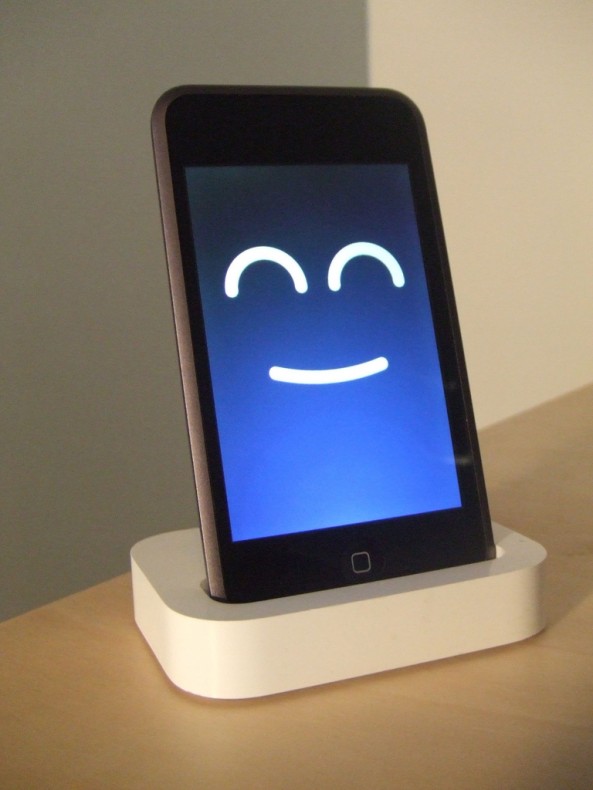 iPhone owners are the most loyal smartphone users around, according to a new survey by UBS Research. Apple’s iPhone boasts a 89% retention rate, indicating that nearly 9 out 10 iPhone owners will never buy another brand of smartphone.

Surprisingly, the company with the second highest retention rate is actually HTC, with 39% of its customers sticking around for the long haul. Apple claims a 50% retention rate lead over all other smartphone makers in terms of customer loyalty… 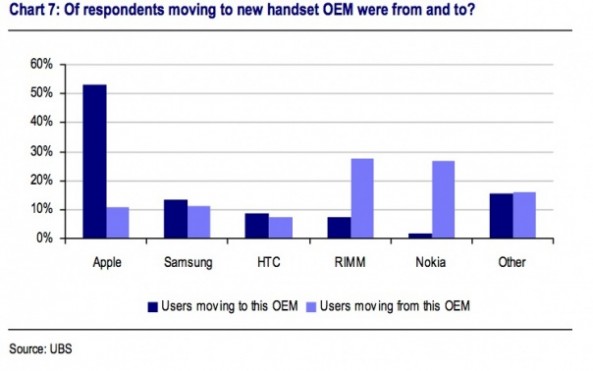 “In general, retention rates appear to be falling for most of the OEMs. Relatively, Apple’s retention rates have held up incredibly well even as its market share has risen. Interestingly, when we look at all consumers who are considering changing handset OEM provider, Apple remains a significant net beneficiary. Alongside Apple, only Samsung and HTC also appear as net beneficiaries (more users won than users lost). Interestingly, of our respondents who are current Apple subscribers, only 6% indicated that they intended to move to a different OEM, with 4% saying they were undecided. This suggests that the retention rate for Apple could end up being as high as 93%.”

The Blackberry isn’t doing too well, with RIM seeing a retention rate drop from 62% to 33% in the last 18 months. As a whole, about half (55%) of Android OS users stick around. USB believes that Apple is not only continuing to do well for its own profit, but that the iPhone’s success is seriously affecting competitors like Samsung and Motorola. It’s worth noting that UBS’s research had a strong focus on international customers.

31% of current Android phone owners are likely to buy an iPhone as their next device, according to USB. iPhone owners are not so willing to jump ship.

Apple’s next generation iPhone has been met with unprecedented demand, so expect these numbers to only get better for Apple in the coming months.