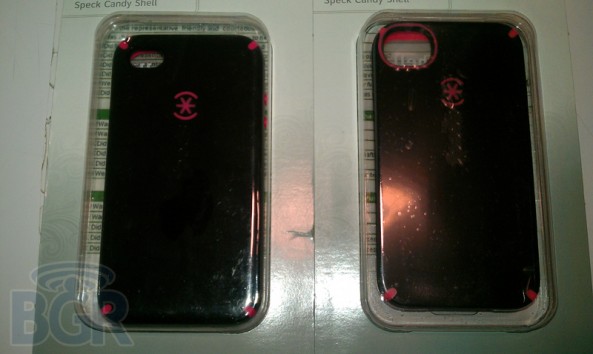 BGR is reporting that they have obtained images of some next-generation iPhone cases. But these aren’t the same iPhone 5 cases we’ve seen popping up all over Asia for the past month. They are actually for the iPhone 4S.

The tech blog received the images from a source within AT&T’s retail chain. The tipster claims they are starting to see accessories come in for the Apple’s new smartphone. The proof is in the pictures, as the new cases don’t appear to be for the current model…

The images show the new iPhone cases sitting next to older versions. You’ll notice that the camera hole is much larger in the refreshed cases than the ones for the iPhone 4. The new cases also look slightly larger, overall, than their predecessors. 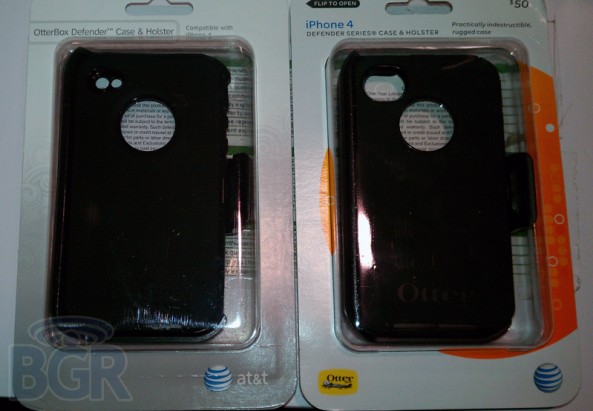 This lines up with rumors we’ve heard that Apple will be releasing a smartphone this Fall, similar to the iPhone 4, but with a better camera. As you can imagine, a larger camera sensor would require a larger opening. Maybe the flash has even been improved.

Given the fact that these are Speck and Ottterbox cases, and that we’ve already seen a similar Otterbox case today, we have to believe these are legit. It looks like the iPhone 4S is real. Now the only question is, where’s that iPhone 5?

Update: BGR has updated their post, stating that they have received numerous reports (as have we) that these are not new cases. Carry on.