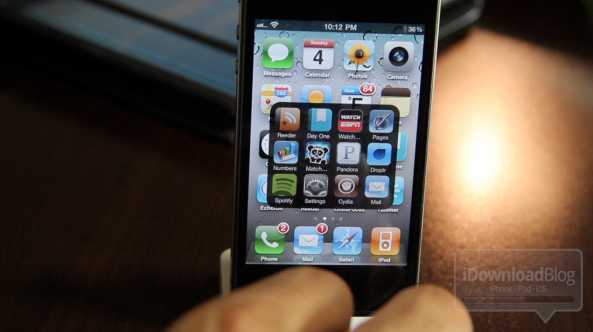 Desperate for an awesome new way to launch your favorite iOS apps? If so, you’re certainly going to want to check out this new jailbreak tweak called Android Recent Apps.

Android Recent Apps is an Activator invoked launcher for jailbroken iPhones, and it gives you quick access to the last 12 apps that were used…

With that in mind, it’s totally feasible to use this tweak as a replacement for the normal App Switcher for multitasking purposes.

By default, Android Recent Apps is assigned to the “Short Hold” of the Home button activator action; the developer chose this because it most closely replicates the experience on Android, and it works well.

Is it worth the $1.49 asking price? Sure, if you’re looking for a quicker method of launching apps, and you want to get away from the norm.

Just keep in mind that it’s not going to totally replace the App Switcher, because at this point, there’s no way to kill an app from the menu.

Personally, I’m quite fond of Android Recent Apps. I know several Android users are bound to comment on this post and ask why we don’t just get an Android device? But for those that say that, I think it’s safe to say that you’re missing the point.