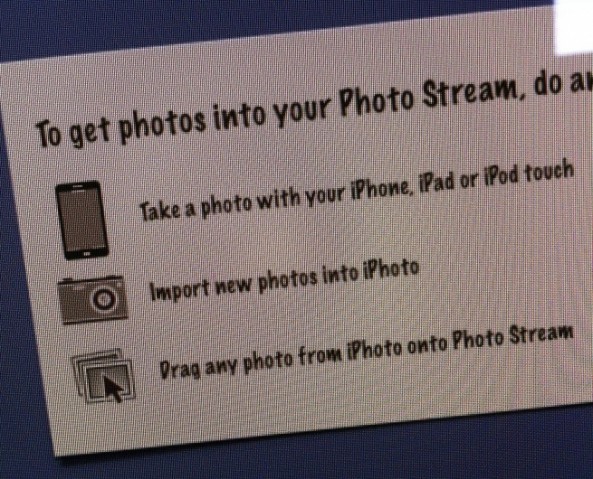 If you’ve been around the Apple community for a while, you’re likely aware of the company’s habit of seeding beta version of upcoming software to developers. They do this so app makers can test their software, and it’s also a nice way to help iron out the kinks.

But lucky for us, it’s also a way for us to get an inside look at Apple’s future plans. We’ve been able to spot unannounced Nuance and Siri features from within the betas, and now we may have just gotten a glimpse of what the iPhone 5 will look like…

9to5Mac just posted a screenshot  of the new Photo Stream Beta, Apple’s upcoming photo-syncing service. As you can see, the interface asks the user if they would like to take a photo, import photos into iPhoto, or drag an image to their Photo Stream.

Notice anything different about the iPhone icon? It sure matches up with a lot of the rumors we’ve been hearing lately about the iPhone 5, including a larger edge-to-edge screen and an elongated home button.

So why on earth would Apple make an icon for the iPhone that wasn’t accurate? We’re talking about a company that places design and consistency above pretty much everything else. Here’s a mockup comparison with the iPhone 4: 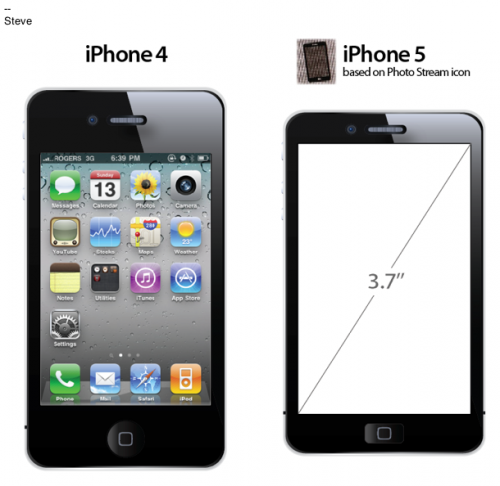 And if that’s not enough evidence that we’re in for a revamped iPhone design this Fall, check out this video of Leo Laporte’s Podcast. The plugged-in tech guru claims the next iPhone will be much thinner, with a curve back:

If you ask me, this evidence is worth more than all of the leaked components, cases and blurry spy shots combined. Things are definitely starting to get interesting around here. What do you think of the why the iPhone 5 is shaping up?