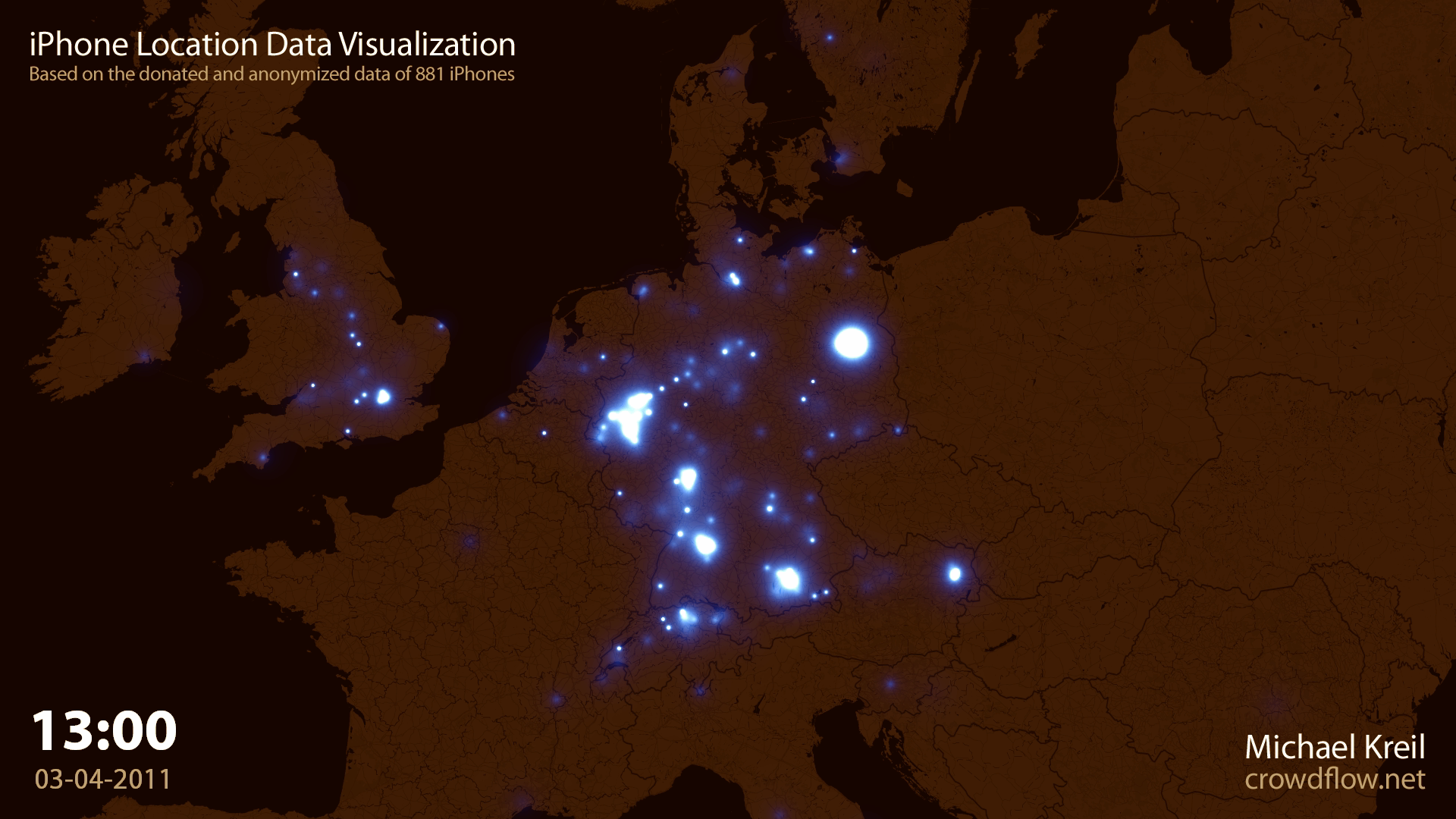 Our iPhones collect all kinds of data, much to the dismay of many a security enthusiast. The iPhone stores location data by using cellular masts and Wi-Fi hotspots as a means of pinpointing just where you have been.

When it was discovered that our iPhones were dumping this data into an unencrypted file on our computers, there was public outcry. There were also, as always, even some who thought it was a good idea to go after Apple in the courts.

But what if that location information could be used for something useful, interesting, or even just downright cool to look at?

I present to you, Fireflies HD….

Using the aforementioned and much maligned data, Fireflies HD is a video that shows the movement of 880 iPhones across Europe throughout the month of April 2011.

“The following videos show the movement of 880 iPhones in Europe in April 2011.

Since we couldn’t decide on a color scheme, we published all three”

While entirely useless, the videos created by the project do posses a very real charm, with colorful orbs of light flying around the continent like, well, fireflies.

Hit the source for more videos in different colors, just in case an orange-looking Earth doesn’t float your boat.