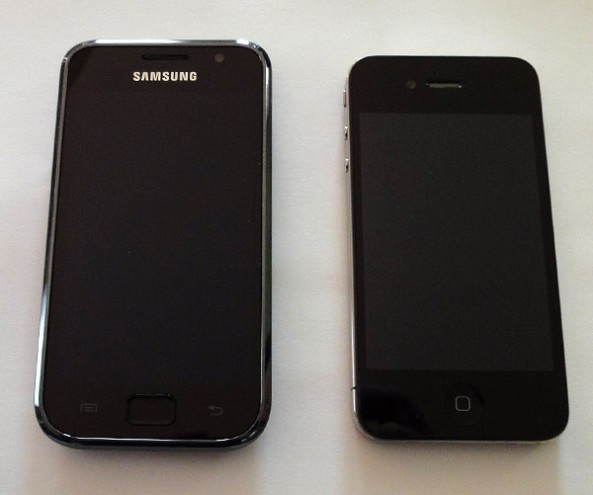 Apple and Samsung are currently in the middle of a heated copycat lawsuit. Apple accused Samsung of stealing the iPhone’s design, and Samsung retaliated by asking to see Apple’s unreleased products for comparison.

Both companies believe that their products designs are being copied, but one thing’s for sure: Samsung won’t be seeing any unreleased products from Apple.

It was a ridiculous move for Samsung to even file a motion to see Apple’s upcoming iPhone and iPad. Of course, the request didn’t totally come out of the blue. Apple had been granted access to some of Samsung’s upcoming smartphones. The only difference was that Samsung’s products were already in circulation with news outlets and pundits for pre-release reviews.

Apple called Samsung’s motion an “attempt to harass,” and it was very clear that there would be no chance for Samsung to see anything unreleased from Apple.

As was expected, the court has ruled in favor of Apple and denied Samsung the right to compare Apple’s unreleased products with its own. Samsung wants to see Apple’s next iPhone and iPad to see if the current lawsuit really holds up. If both companies have taken a different direction in product design, the copycat lawsuit becomes irrelevant.

In the meantime, Apple is trying to get a preliminary injunction to keep Samsung’s upcoming products off the market. This could prove problematic without the court having access to Apple’s next generation of products.

“The potentially bad news for Apple is that the court order contains a passage hinting that Apple may not get a preliminary injunction against the sale of certain Samsung products in the United States at this stage.

Apple probably won’t get their injunction until the next iPhone is released,

“But if Apple still doesn’t want to show the iPhone 5 at that stage, the court may be hesitant to grant an injunction because an injunction may be the appropriate decision as long as the Galaxy competes with the iPhone 4 but it may no longer be justified after the release of the iPhone 5, which almost everyone believes we will see later this year, in the event that the iPhone 5’s design departs in important ways from previous iPhones.”

As Samsung and Apple continue their legal battle, all we can do is sit back and watch. You can rest assured that prototypes will not be leaving Cupertino anytime soon. (That is, unless one turns up in a bar.)

Do you think Samsung should have access to Apple’s secret products so this lawsuit can finally be put to rest?

[This is my next]