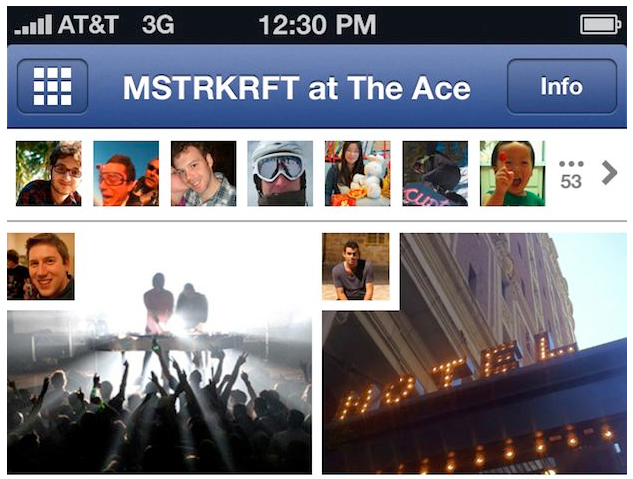 It appears that the tech world hasn’t seen the last of major iOS software announcements this month. The folks over at TechCrunch have gotten their hands on some pretty interesting information regarding a certain social networking company and a new photo sharing app.

The website has received dozens of screenshots and documents from an unknown source that depict a new Facebook app running on an iPhone. What’s more, the software looks like a portal for a new Instangram-like photo sharing service…

While it’s still unknown whether the app depicted will be standalone software or an extension of a revamped Facebook app, the thing looks gorgeous. The application appears packed with features like 1-tap photo sharing and multi-user albums.

As TechCrunch mentions, Facebook currently houses close to 100 billion photos and is averaging a staggering 6 billion picture uploads every month. To say Mark Zuckerberg might have a hit on his hands would be an understatement. 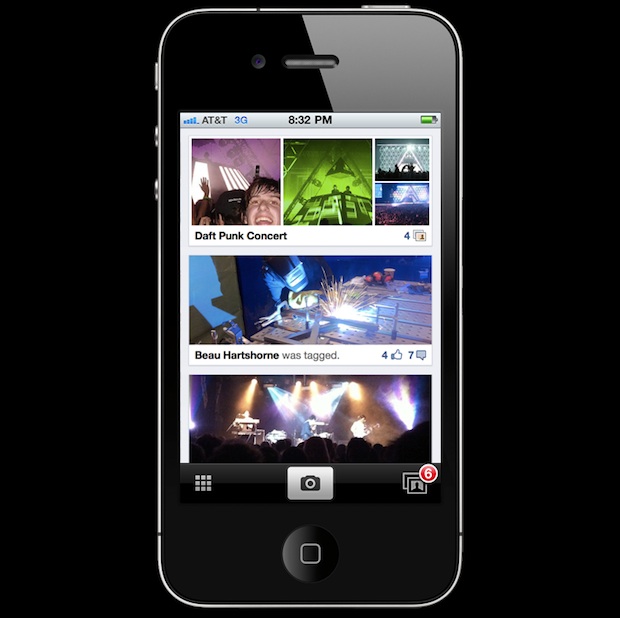 Could this be a response to Apple’s decision to integrate Twitter into iOS 5? Doubtful. The polished app appears to have been in progress for quite some time. Maybe Facebook turned them down, not wanting iOS 5 support to sideline this project. After all, who has the bigger user base?

The bottom line is I know several people that only use Facebook to share photos. Providing an easier way to do that is certainly a win for the social networking giant. Here’s hoping that the new photo app is in fact an indication of an upcoming revamp in Facebook’s iOS offering – it’s currently awful.

Would you use a Facebook photo sharing app/service? Or are you more excited for Photo Stream?