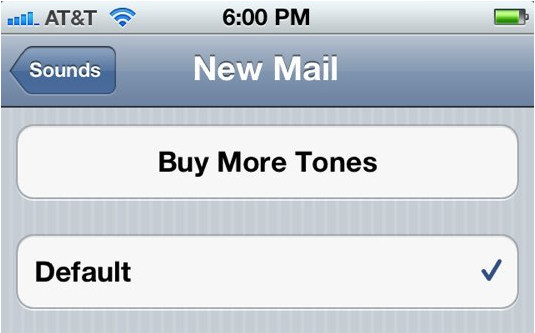 Apple’s iOS software design strategy is interesting, to say the least. For example, many people wonder why it took the company nearly a year to implement the App Store after launching the iPhone. It took another year after that to add copy/paste and picture messaging features.

Apple excluded unnecessary items in early builds of iOS, demonstrating a quality-over-quantity sort of approach to adding new features. Luckily, iOS 5 seems to be finally bringing many of those omitted functions to the iPhone. Who’s been dying to change the email tone?

Apple’s priorities in building iOS have left the software lacking some of the most basic options that can be found in other smartphones. I owned a Nokia 4 or 5 years ago that allowed me to add custom SMS and email tones, but for some reason the iPhone has never had either capability.

Well, thankfully, 9to5Mac did some sleuthing last week, and determined from multiple pieces of photo and video evidence that Apple will indeed give users the option to download customized notification tones in iOS 5.

Though no one has actually seen the iTunes Tone Store yet, an option to “Buy More Tones” can be found in current beta versions of iOS 5. Then there’s also this slide shown behind Scott Forstall during the iOS 5 section of Apple’s WWDC keynote. 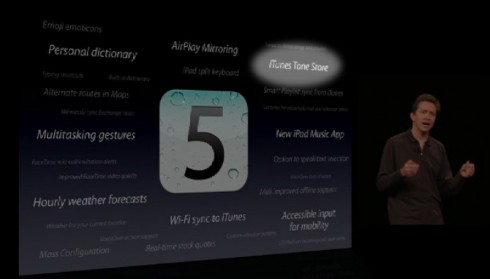 Many jailbreakers have been customizing their tones for a while now, but I’m glad that stock users are finally getting the option as well. It’ll be interesting to see what kind of custom tones will be available, and how much they’re going to cost.

Are you excited about an iTunes Tones Store? Or is it just another way for them to “get you?”