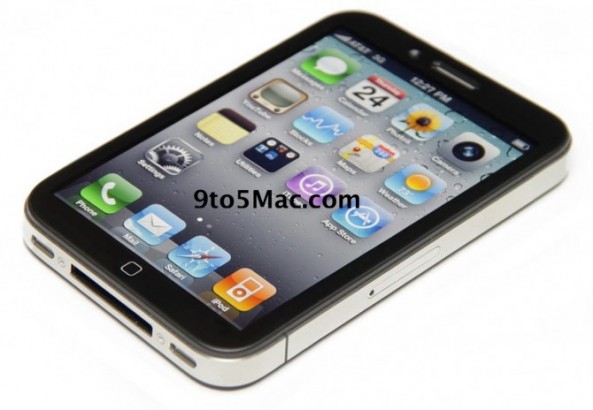 Talk of a cheaper, perhaps contract-free ‘iPhone Nano‘ has been circulating for several months now. With WWDC on the near horizon, and an iPhone announcement expected this fall, there’s plenty of speculation surrounding Apple’s next gen iPhone.

Will Apple release the typical, evolutionary upgrade to the current iPhone 4? Or will things get changed up with two new iPhone models released at once?

9to5Mac got sent this mockup of an iPhone Nano. As you can tell, the concept shows an iPhone that’s much smaller than the current iPhone 4 with a tighter, rectangular design.

Whatever Apple chooses to do with the next iPhone, I hope there isn’t only one model available that looks like this. The smaller, brisk-ish look is kinda cute, but it doesn’t appeal to the “power user” like myself by any means. I could see how my grandma would like it, though.

What do you think? Will we see an iPhone Nano this year from Apple? How do you like the above mockup?