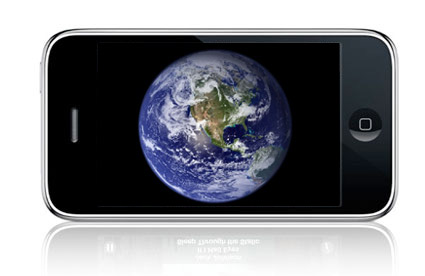 Big Red’s Chief Financial Officer Fran Shammo is no stranger to leaking iDevice information. You might recall the comments he made last month during Verizon’s quarterly earnings call, claiming that Apple’s next smartphone would be a global device.

Reuters is reporting today that the CFO has once again been dishing the dirt on Apple’s upcoming gadget. Shammo told Reuters about upcoming changes to Verizon’s data plans and reaffirmed some details about the next iPhone…

It really hasn’t been much of a secret, but Shammo confirmed that Verizon is planning to cut their unlimited data plan option this summer. He also explained that new family share data plans would help “soften the blow” of losing the all-you-can-eat data tier.

The CFO also made some comments about the upcoming iPhone. While Verizon’s iPhone 4 sales haven’t been as high as analysts anticipated, Shammo said that he was:

“happy with the sales of the six-month-old phone, which only works in some countries. When the next iPhone model launches, Verizon will be able to offer it at the same time as AT&T. Verizon’s iPhone will also work in as many countries as AT&T’s iPhone, which has global coverage.”

When questioned about whether or not they were hoping for the next iPhone to be LTE, Shammo said that he thinks it’s a bigger issue for Apple than it is for Verizon. “If it doesn’t end up being LTE capable, we have plenty other high speed alternatives to sell.”

Though the next iPhone won’t likely be LTE-compatibile, more and more evidence is mounting that the device will be available to more wireless carriers than ever before. Apple job listings and leaked photos suggest that we’ll see the device on all 4 major U.S. carriers this year.