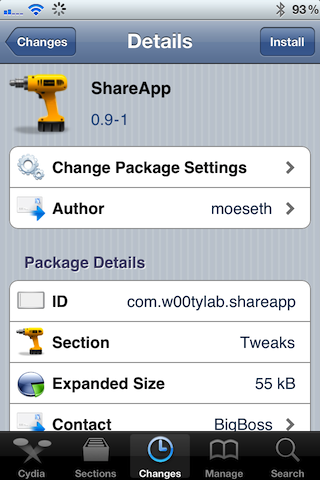 Have you ever stumbled upon an App Store app that was just so useful that you wanted to share it with the world?

Apple’s figured as much, that’s why they’ve included a “Tell a Friend” button at the bottom of every page for each app in the App Store.

Unfortunately that button often goes overlooked because it’s still stuck in the 90’s (it only does email).

As usual, a new tweak comes through to save the day; it’s called ShareApp, a free jailbreak tweak available on Cydia, and it makes it easy to share your favorite App Store finds via Twitter… 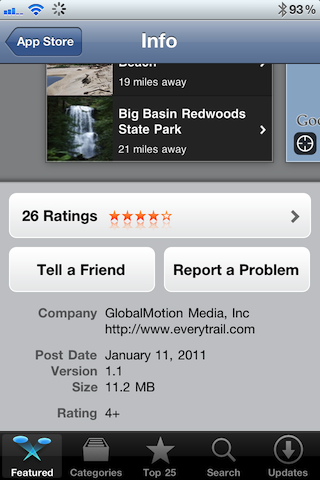 Once ShareApp is installed on your iPhone, you won’t notice any differences on your Home screen, as the tweak solely focuses on changing the workings of the “Tell a Friend” button in the App Store.

Upon pressing this button after installing ShareApp, you’ll notice a new dialogue box instead of a boring old email composition. 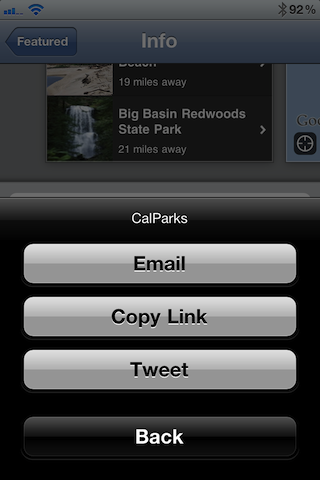 That’s not to say that you can’t still use email if that’s your preferred method of communication, as that option is still there.

If you happen to have the official Twitter.app installed on your iPhone, you’ll notice a new ‘Tweet’ button alongside the ‘Email’, and a new ‘Copy Link’ dialogue in order to diversify your sharing options. 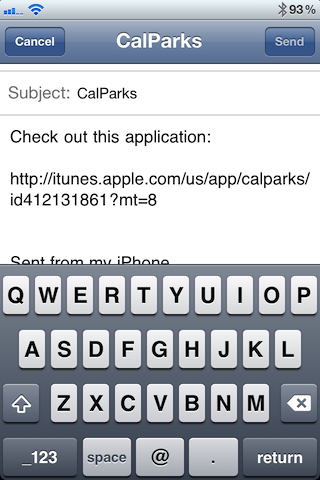 The only bad news is that the tweet option only works with the official Twitter.app thus far, so if you’re using Tweetbot, or Echofon, or…*gulp*…SimplyTweet…you’ll have to stick with either email, or copying the link and pasting it elsewhere.

I like ShareApp; it’s a much-needed feature for the App Store, and it’s something that Apple has undoubtedly taken note of for future iOS updates.

Again, while it’s free on Cydia, you must have a jailbroken iPhone in order to use this tweak.