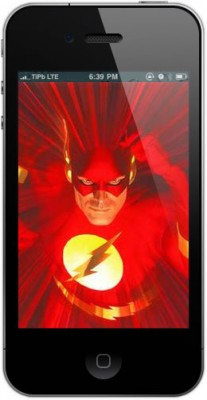 Following other reports that Apple won’t introduce an LTE-enabled iPhone until at least 2012, Digitimes has chimed in to affirm that there won’t be an iPhone introduced with 4G speeds this year.

Besides the fact that Apple stated it wasn’t planning on LTE adoption in the near future, the industry has indicated that bringing 4G to the iPhone simply isn’t feasible right now. After the fifth generation iPhone is released this fall, it is expected that the sixth generation iPhone will have LTE support in 2012.

“Apple is unlikely to launch LTE-enabled iPhone 4S smartphones in 2011 as originally planned due to problems concerning yield rates of LTE chips offered by Qualcomm, according to industry sources. Meanwhile, the top-three telecom carriers in China – China Mobile, China Telecom and China Unicom – have all expressed to their interest to sell iPhone 4S in the China market.”

Manufacturing sources overseas seem pretty confident that LTE chips won’t be present in the next iPhone.

AT&T and Verizon have been aggressively expanding their 4G networks, and AT&T recently expanded its 4G coverage to a whole new set of areas in the U.S. Many Android handsets and other smartphones are already launching with 4G support, but Apple has never been a company to quickly adopt third party technology. Most likely, Apple is waiting for more 4G saturation and those illusive Qualcomm LTE chips.

The top-three telecoms in China have all expressed interest in selling Apple’s next smartphone. There is already a vibrant black market for iPhone sales in China.

It’s interesting to see sources like Digitimes call the device the iPhone ‘4S.’ It’s important to remember that there is absolutely no hard evidence that Apple will call its next iPhone with 4S; that name was created by the folks at 9to5Mac. iPhone 5 is still a good bet for the device’s name.

What do you think? Does “4G” really mean that much to you? Hopefully we can all wait till next year for a LTE iPhone.