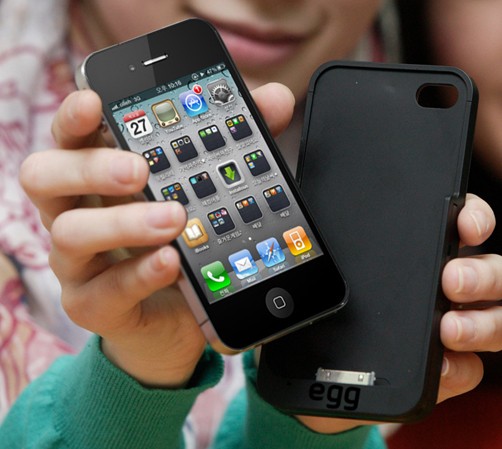 There’s been plenty of debate as to when the iPhone will have 4G speeds. Some think it will happen with Apple’s very next release, but most agree that we won’t see any sort of LTE/4G speeds on our beloved iPhones until at least next year.

While any sort of iPhone 4G may be a long ways away here in the United States, a new case in South Korea is already equipping the iPhone 4 with WiMAX/4G data speeds…

Korean Telecom has announced its Portable Mobile WiMax Egg Series. Model KWF-B2500 is a sleeve designed specifically for the iPhone 4. The KWF-B2500 is available in black and promises 4 hours of continuous 4G surfing time on a single charge. The sleeve weighs 2.4 ounces and is 8mm thick. The price of the KWF-B2500 translates to about $120.

Sadly, no such technology is available in the States. But you can pick up Verizon’s LTE MiFi or the Sprint Overdrive for 4G connectivity on the go.

What do you think of this handy iPhone case? We wonder how well it actually improves the iPhone’s data speeds, assuming it works as advertised.