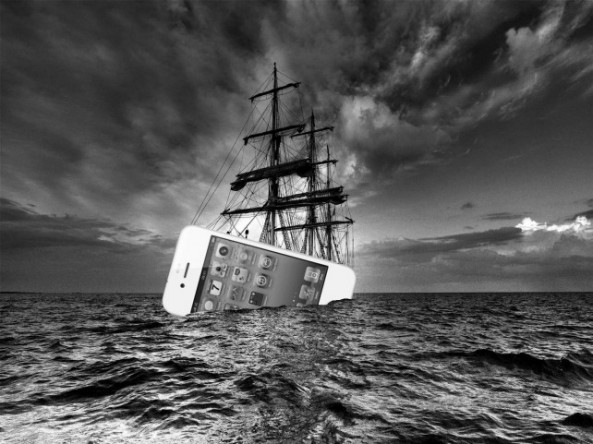 It appears that the white iPhone 4 will be made available as soon as this Wednesday. Reports from across the pond have set the device’s European launch date for April 27th, and a leaked inventory screenshot from Best Buy confirms an American launch on the same date.

It’s been 10 months of white iPhone 4 delays, and, starting this week, the device is supposed to be offered on both AT&T and Verizon. It’s finally coming, folks! 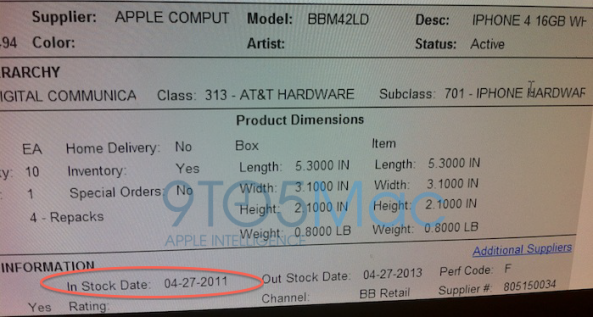 “A source at Best Buy sent us the above inventory screenshot and this screenshot details the April 27th launch date for the product. That particular screenshot is for the AT&T, GSM model of the white iPhone 4, but our connects at Verizon told us there is a CDMA version coming, too. We suppose that the Verizon version is launching that same day in the United States.

Additionally, we have been told that both 16 GB and 32 GB white units have already been shipped to Best Buy locations across the United States, so those models should arrive by Monday or Tuesday ahead of the Wednesday launch.”

If white iPhones have indeed already started shipping to retailers, the reports we’ve heard about a release this coming week are true. It looks like Apple won’t be making a big announcement about the white iPhone 4. Most likely we’ll just see un update to Apple.com.

The white iPhone has already appeared in Verizon’s inventory database, so two models will be available (GSM and CDMA).

AppleInsider also confirms that the white iPhone 4 has started shipping,

“According to people familiar with the matter, Apple’s U.S-based retail stores began receiving promotional information overnight that features the white iPhone 4, expected to launch for both Verizon and AT&T subscribers “within the next week.”

In addition, several stores are said to have received shipment notifications for the various white iPhone 4 SKUs and have been instructed to hold those shipments in the back of the house until further notice. All indications point to an official announcement by Wednesday, April 27th.”

Since Apple has apparently decided to postpone the iPhone 5 till this fall, the white iPhone 4 could serve as a buffer product to hold customers off until the next generation later this year. The delay should also give Apple time to make the iPhone 5 a GSM/CDMA “global device.”

It seems pretty silly to buy a white iPhone 4 at this point. Unless you’re totally new to the iPhone scene, why not just wait for the iPhone 5?

What do you think? Will you be buying the white iPhone 4 or waiting for the iPhone 5?