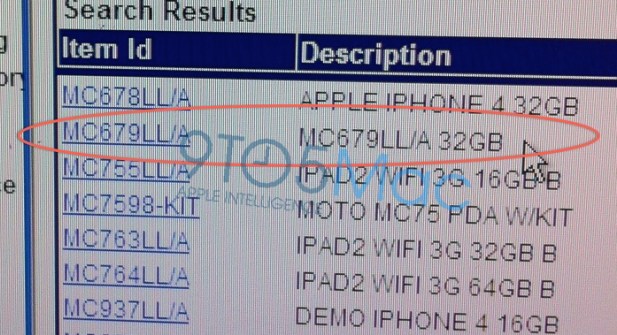 If you needed any more confirmation that the mythical White iPhone 4 is coming, here you go.

Following yesterday’s report providing official word from Apple regarding the availability of the White iPhone 4 this Spring, comes even more confirmation. The folks over at 9to5 Mac have obtained an internal Verizon inventory document which lists the highly-anticipated White iPhone 4.

If Bloomberg’s report from earlier this week is correct, the White iPhone 4 will be available before the end of this month or early May for both AT&T and Verizon customers.

After a long ten months, I would think the  people who really wanted the white color already got the iPhone 4 white conversion kit.