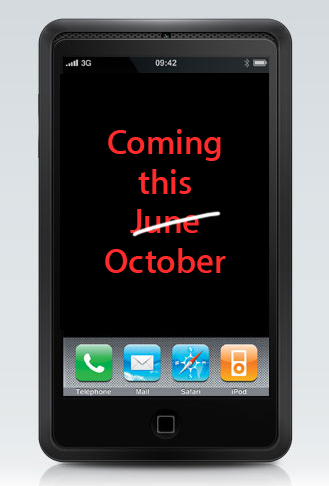 If you’re confused about release dates surrounding the iPhone 5, you’re not the only one. In classic fashion, rumors have been flying left and right about when Apple’s next gen iPhone will be announced.

Originally, reliable sources said that, unlike Apple’s previous track record, there would be no iPhone 5 announcement at WWDC this June. Several authoritative sources all agreed that Apple would not release the iPhone 5 during the typical summer time frame.

Yesterday, a report from a Korean site claimed that Apple would in fact have a hardware announcement at WWDC in June. This claim directly opposed the previous consensus that Apple would hold off on the iPhone 5 launch. And it appears that the recent, Korean-based rumor is false…

ETNews.co.kr based its story off “inside knowledge” from several Korean wireless carriers. Allegedly, these networks claimed they would be among the first providers to carry the new iPhone.

The Loop was one of the original sources to say that Apple would not release the iPhone this summer. As a usually reliable source on Apple news and leaks, several other influential sources (including All Things D and Engadget) confirmed The Loop’s claim.

Jim Dalrymple from The Loop is sticking to his guns about the iPhone 5 announcement,

“My sources said today that rumors of an iPhone 5 release at the end of June were completely false.

Doesn’t it seem strange to anyone else that Apple would confirm the release of the iPhone 5 in Korea before confirming it in the U.S.?”

Jim does have a point about the questionable authority of ETNews. It does seem odd that such a story would come from Korea before the U.S.

This report from Korea is actually utter nonsense if you think about it. When has Apple ever confirmed such a huge detail to any third party? The iPhone 5 could very well be released in Korea on launch, but that’s irrelevant, considering ETNew’s lack of any real source.

Like always, Apple will maintain its infamous veil of secrecy to keep these type of rumors at bay. (Well, that is, unless someone gets lucky and finds another special surprise in a bar.)

Considering Apple hasn’t even ordered all of the components for the iPhone 5 yet, it’s highly unlikely that we’ll see any sort of hardware announcement this summer. Apple has promised to focus on iOS and OS X software at WWDC this June.

What do you make of all this stuff surrounding the iPhone 5? Are you starting to lean towards a later launch date, or do you think Apple will still announce the iPhone 5 at WWDC?