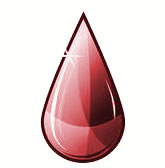 Did MuscleNerd just let the cat out of the bag? Not only did we post news this morning regarding pod2g’s recently discovered untethered jailbreak exploit, MuscleNerd dropped a hint about GeoHot’s next jailbreak move; presumably RubyRa1n.

Back on January 3rd, we posted about another dime dropped by MuscleNerd, which claims that GeoHot’s upcoming jailbreak will be an untethered jailbreak as well.

What else do we know about GeoHot’s next move?

According to that tweet, the jailbreak while untethered, won’t be for all devices.

It’s also apparent from MuscleNerd’s tweets that the upcoming jailbreak is an iboot-level exploit, which is deemed more valuable in the jailbreak community when compared to a userland exploit, due to its low level control.

While no concrete date exists, at least it gives us some clues as to what we may expect in the future.

One thing I will say though, is that the future of jailbreaking looks solid; lots of news coming out of the scene as of late.

Oh, and one more thing. When is the Verizon iPhone set to officially drop again? That’s right; on February 10th.