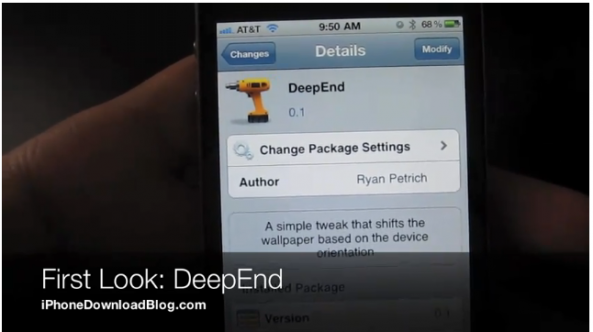 Earlier this week we talked about 3DBoard, which is an upcoming jailbreak tweak that adds a 3D effect to your iPhone’s Home screen. DeepEnd works in a similar way, altering your wallpaper’s orientation based on movement.

DeepEnd is from a staple in the jailbreak app community, and one of our favorite developers, Ryan Petrich — the same guy behind ActionMenu.

Want to see how DeepEnd works in action? Check out our video inside as we explore this nifty looking jailbreak tweak…

At stock settings, the effect, while present, isn’t as pronounced as one might expect; but that’s nothing a quick adjustment of the Zoom, Pitch, and Roll in the settings section of the Settings.app won’t remedy. 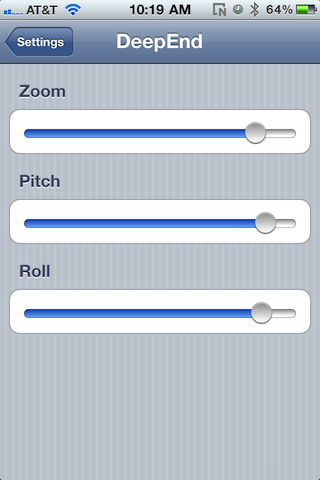 I actually prefer the subtlety of the stock settings, but if you’re looking for some real eye-popping effects, you’re going to want to turn things up.

All in all, DeepEnd is a pretty good jailbreak tweak; it does exactly what it says it does, and on top of that it’s free on Cydia for jailbroken iPhones on Ryan’s repo. Just add: http://rpetri.ch/repo/ to your ‘Sources’ in Cydia via the ‘Manage’ tab.

Since this tweak does indeed use the gyroscope, it’s for iPhone 4 only.

What do you think about DeepEnd?