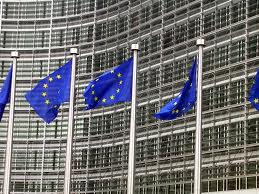 When we reported that Apple had relaxed their App Store guidelines we anticipated the arrival of apps that had been put on hold. What was left out of the conversation was the affect it would have on its pending investigation by the European Commissions office.

It was over a month ago when we originally brought you the news that the EU would be joining the Federal Trade Commissions in investigating Apple for their conduct in the dispute regarding Adobe and Flash. It turns out that when Apple opted to relax their rules it relaxed the temperament of the authorities…

iLounge has the report which includes a quote from the EU’s VP of Commission that reads:

Apple’s response to our preliminary investigations shows that the Commission can use the competition rules to achieve swift results on the market with clear benefits for consumers, without the need to open formal proceedings.

No formal proceedings can likely be translated as saying that Apple is out of the dog house. Do you think this was the major motivation behind Apple loosening their restrictions for the App Store? Perhaps they’re just being nice guys. Give us your ideas on what you think of Apple dodging an antitrust bullet in the comments below.