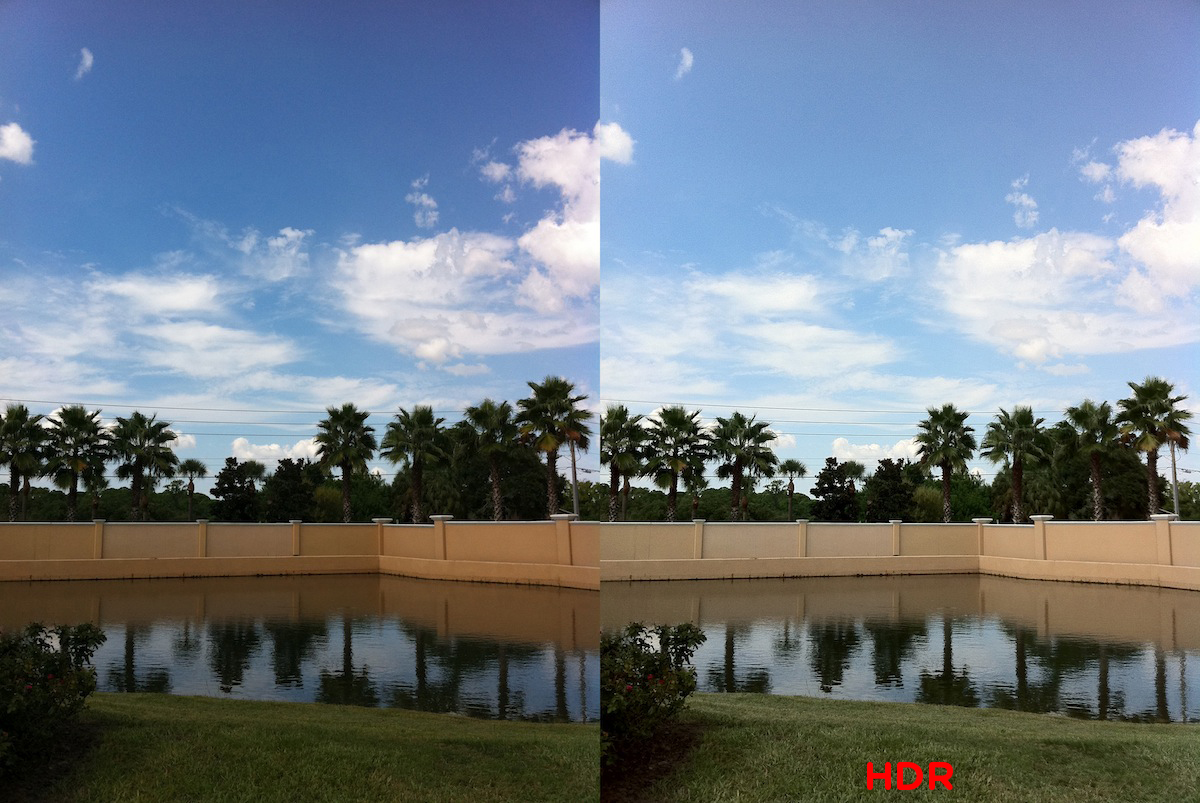 The release of iOS 4.1 will come next week sometime but Gizmodo has gotten ahold of some screenshots that show off the new operating system’s fanciest feature. As Steve Jobs announced today the new OS will enable high dynamic range photography, otherwise known as HDR.

For those who are unaware of the premise behind HDR, the feature takes multiple images to create a more colorful splash and sensation for the final product. Whether your a highly tuned photographer or just like snapping shots with your iPhone you’ll be able to experience the benefits of having such an ability within your native camera app…

The screenshot shows a button centered at the top of the camera app that will work as just a simple on/off toggle. It’s worth noting that once your HDR picture is taken it will take about 3-5 seconds longer to save to your camera roll than it would with the feature off. This is due to the multiple images being processed.

Apparently you won’t be able to use the high dynamic feature with the flash enabled. When you tap your HDR on the flash will automatically disable itself. Once you’ve turned the feature off the flash will resume its position. You will also be able choose from a setting that will either allow your to keep or discard the normally exposed photo once you turn your HDR on.

I love how quickly the developers get their GM which allows us to get these sneak peeks of the new features. What do you think thus far of these new abilities? Will your iOS 4.1 device replace your point and shoot camera? Let us know in our highly dynamic comment box.