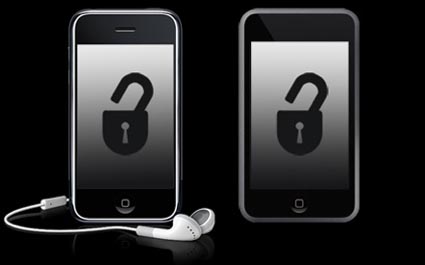 What Does Jailbreaking Mean?

Jailbreaking, or “hacking” is giving a user read/write access to otherwise locked OS files on your iPhone.

It allows you to “unlock” your iPhone and activate it on another GSM carrier that doesn’t have bad Luke Wilson commercials. It gives you access to app stores like Cydia that offer programs that you won’t see in Apple’s popular counterpart. It’ll even give you the ability to customize the background of your home screen and change the look of your icons and menu colors.

Starting in early fall after the summer 2007 release of the original iPhone, jailbreaking began as a fairly complicated multi-step process. Things have definitely evolved over the last few years and the online jailbreaking community for iPhones is estimated in the millions (if you’re reading this article on this site, that number shouldn’t surprise you) with hundreds of blogs and forums scattered throughout the web dedicated to this crazy thing called jailbreaking.

What Are the Benefits of Jailbreaking?

Up until recently, if you wanted to shoot video with your iPhone, you had to jailbreak and download an app called Cycorder from Cydia that would let you shoot and save video, because your iPhone out of box couldn’t do it. Same with cut/copy/paste, MMS, all only available if you had jailbroken your iPhone.

Your probably wondering well then what in the heck do I need to do it for now? Well I jailbreak mine so I can have the application Backgrounder from Cydia, it allows you to multitask and do things like listen to Pandora while writing emails, something you can’t do with your run-of-the-mill iPhone and iPod Touch.

I also have apps like Winterboard from Cydia that allow me to customize my home screen, change the look of my lock screen, and change the overall theme of my iPhone. I can make my iPhone look completely different than the way it does when you open the box for the first time. So much to the point where people will ask me what kind of phone I’ve got when it’s in an unmarked silicon case.

Another good reason I would say to go for it is that it is easier than ever to jailbreak. In fact, programs such as BlackRa1n by GeoHot make jailbreaking as easy as plug and click. 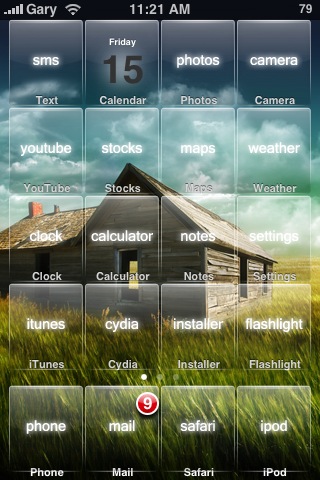 What Are the Risks of Jailbreaking?

Now, although jailbreaking has become increasingly easier, there are still very complicated risks that go with it. If you have a newer iPod Touch or iPhone 3GS, or if you plan on unlocking your new device, remember what I am about to tell you…

An underground group of programmers known as the Dev Team, for the most part, spearheads all this jailbreak technology more or less without Apple’s permission. Think of the Dev Team as the LA SWAT team with huge awesome guns trying to get into a barricaded building, which is the jailbroken iPhone software.

Every time they find a way in, Apple comes along and puts another barricade up with a software update that closes the entrance they had. Then they have to find another way in. They are currently working on jailbreaks for 3GS and iPod Touch software version 3.1.3, so if you upgrade to the newest version of the firmware, you will lose the ability to jailbreak at this time.

So it’s just a best practice to check the latest firmware version jailbroken (see the Dev Team blog) versus your own (go to Settings > General > Status). Aside from the above mentioned risks, there’s always the chance of your iPhone “bricking” or getting stuck in a non working state.

Several times during jailbreaks, mine would be stuck in phone purgatory for hours. Take just a few moments to browse any iPhone forum with jailbreaking topics and you’re sure to find several comments along the lines of “help! I tried to jailbreak my iPhone and now it’s been stuck on the Apple logo for hours, help!” or “Please help me, after jailbreaking my iPhone my GPS won’t work.”

So things definitely can go wrong, but generally it’s user error. Usually plugging in your iPhone to your computer, starting iTunes, and holding power for 5 seconds, power and menu button for 10 seconds, and then just menu for 20 seconds, tells iTunes your phones fried and it will do a fresh install of your most recent iPhone software. For more information on getting your iPhone out of the constant reboot cycle, read this article.

UPDATE: Jailbreaking is now officially legal in the US

Now you’re probably wondering if it’s legal. Um… yes and no! The fact of the matter is that Apple has verbally announced that they believed jailbreaking to be illegal and an infringement on their copyrights by way of complaint to the Electronic Frontier Foundation, or EFF last January.

But, the EFF sided with the consumer and stated that the “reverse engineering is a fair use when done for purposes of fostering interoperability with independently created software,” saying that yes, even though jailbreakers are using Apple’s copyrighted code, they are doing so in a way that allows them functionality that Apple doesn’t provide access to on their own.

On top of that, Apple’s legal team is probably too busy dealing with Nokia, Fujitsu, and Psystar to chase after people who are trying to customize their home screens.

To be honest with you I’m sure Steve Jobs and company have sat down and gone over the risk/threat of jailbreakers and have discovered how much it really fuels iPhone/iPod touch sales. Don’t believe me? Run a 24 hour poll on your blog and ask if users would still purchase iPhones if they couldn’t be jailbroken in any way.

What to Keep in Mind

But the cat and mouse game with Apple shows no sign of stopping as the Dev Team is furiously at work to break into the latest iPhone software to release to the public. Jailbreaking gives you complete control over your iPhone from customizing to 3rd party apps that didn’t for one reason or another end up on Apple’s App Store.

In fact the Cydia store is home to a lot of misfit apps that fell victim to Apple’s ever popular App screening process. Well, now that you’ve heard some background on jailbreaking, you’ve learned some of the benefits and risks, you may now make the choice, to jailbreak or not to jailbreak, that is the question.

If you decide to jailbreak, generally any app by the Dev Team such as PwnageTool or RedSnow is a safe bet, as long as the versions are compatible with your iPhone or iPod Touch firmware.

Lately BlackRa1n has been working well for me. It was literally a plug into usb port, launch program, click the button. I know Sebastien’s got some great tutorials on how to jailbreak as well as BlackRa1n and other downloads that will get you started.

Still completely lost? Drop a comment or a tweet and myself or Sebastien can lend a hand.