Many App Store apps, such as banking apps or games will embed some form of jailbreak detection to prevent jailbreakers from using their apps. If you jailbreak, then calling this problem a thorn in your side might feel like an understatement. 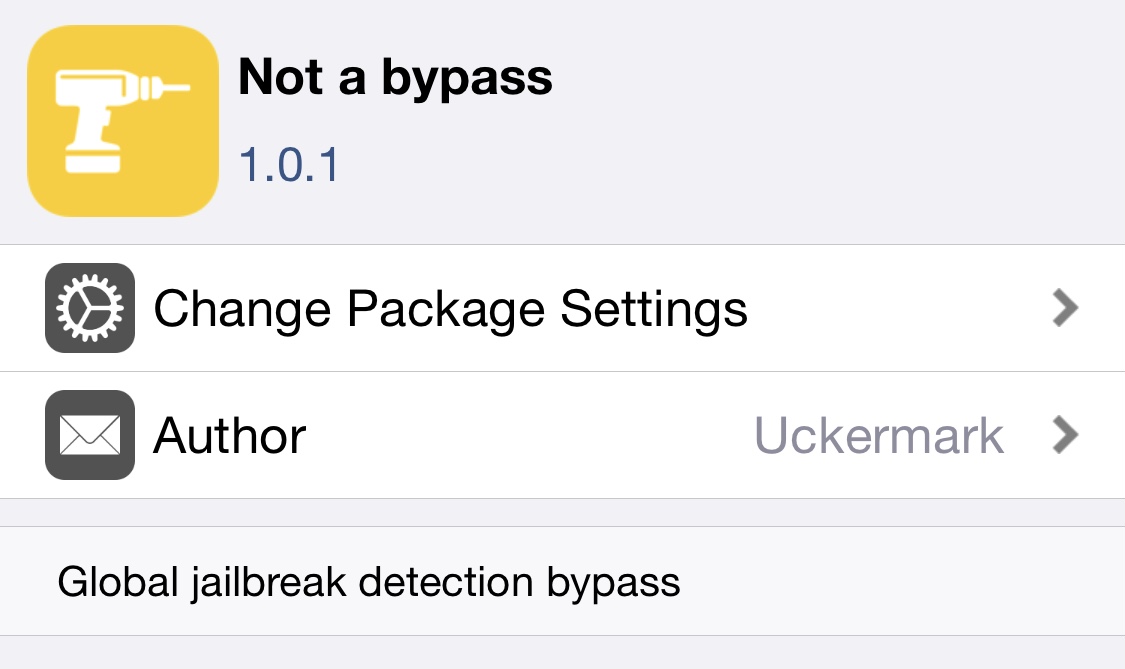 Fortunately, iOS developer Uckermark has released a free jailbreak tweak called Not a bypass that, despite the nomenclature, is indeed a jailbreak detection bypass.

Not a bypass currently supports the palera1n jailbreak on iOS & iPadOS versions 15.x-16.3, however the developer intends to add support for additional jailbreaks such as unc0ver and checkra1n in the future, which could make it worthwhile of paying attention to if you’re in need of a jailbreak detection bypass. Support for libhooker-based jailbreaks like Odysseyra1n and Taurine may come later on.

If you’re interested in giving Not a bypass a try, then you can hit it up for free from Uckermark’s personal repository via your jailbroken device’s package manager app.

Those not already using Uckermark’s personal repository can add it to their package manager app of choice by using the URL provided below:

Are you going to be installing the Not a bypass jailbreak detection bypass on your device? Let us know why or why not in the comments section down below.