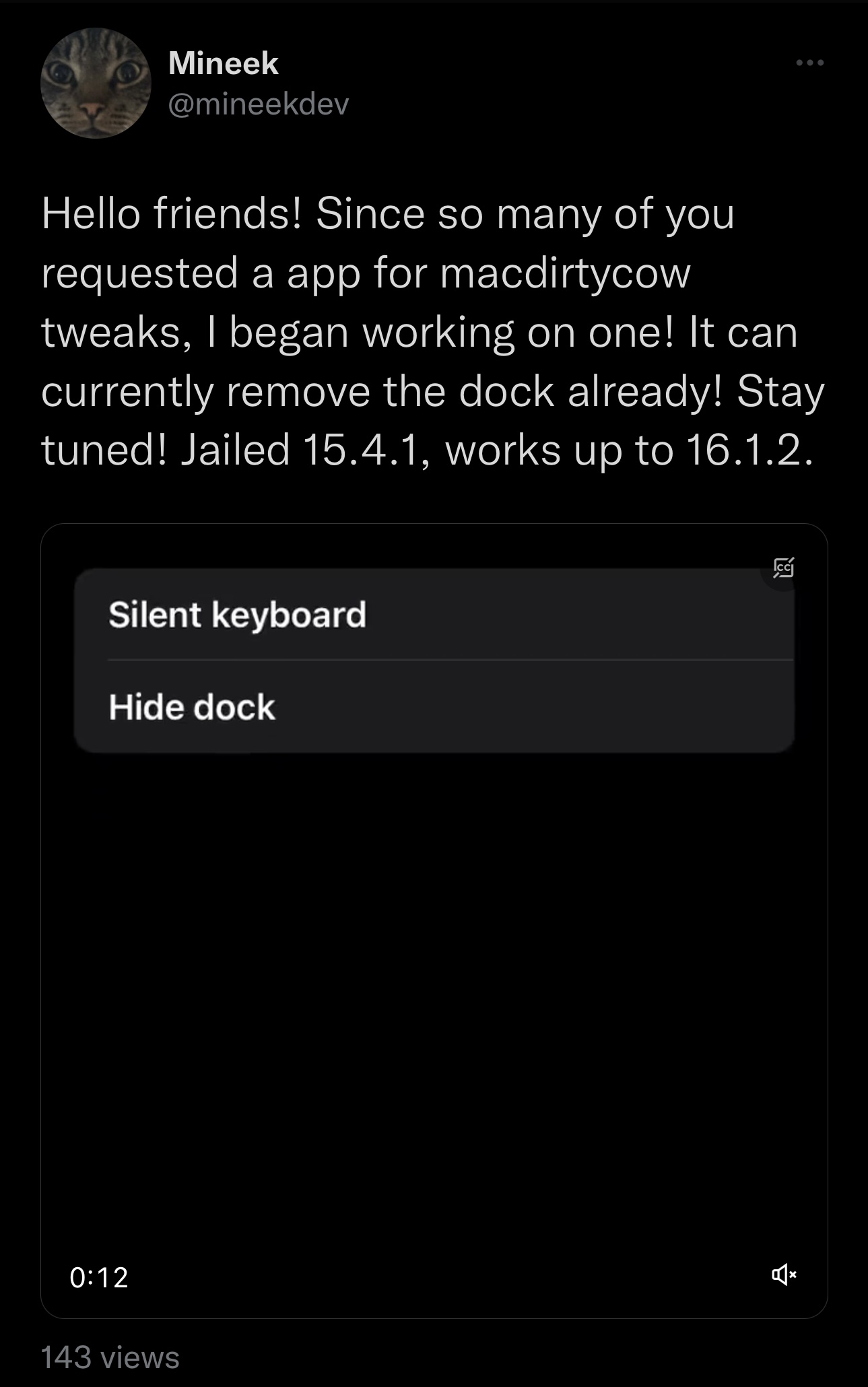 But the fun doesn’t stop there, as a new teaser Tweeted by palera1n team member Mineek Tuesday morning and shown above reveals even more customization possibilities that come by way of MacDirtyCow.

According to the Tweet, Mineek is working on an app that brings new features to MacDirtyCow-capable handsets by way of a dedicated app. Currently, the app supports hiding the Home Screen Dock’s background, but another option appears to be to silence the keyboard while typing.

The app also shows a Respring button and a way to enable “dangerous tweaks.”

Obviously, changes made via this app would revert after a reboot, just like any other MacDirtyCow add-on. This means it would need to be reapplied after said reboot.

Mineek’s app is still under development at this time, so there is currently no ETA for a release. It’s very likely that more options will make their way to the app ahead of or after it’s public release.

As for using Mineek’s app, it would need to be sideloaded just like any other MacDirtyCow add-on. This can be done via AltStore or Sideloady on any supported version of iOS or iPadOS (15.x-16.1.2), or perma-signed via TrollStore on iOS 15.0-15.4.1 (and some 15.5 betas).

Many of the add-ons released for MacDirtyCow thus far would have only been possible by way of jailbreak tweaks. As more developers hop onto the bandwagon, it will be interesting to see just what else this bug is capable of.

Are you looking forward to Mineek’s app? Let us know in the comments section down below.