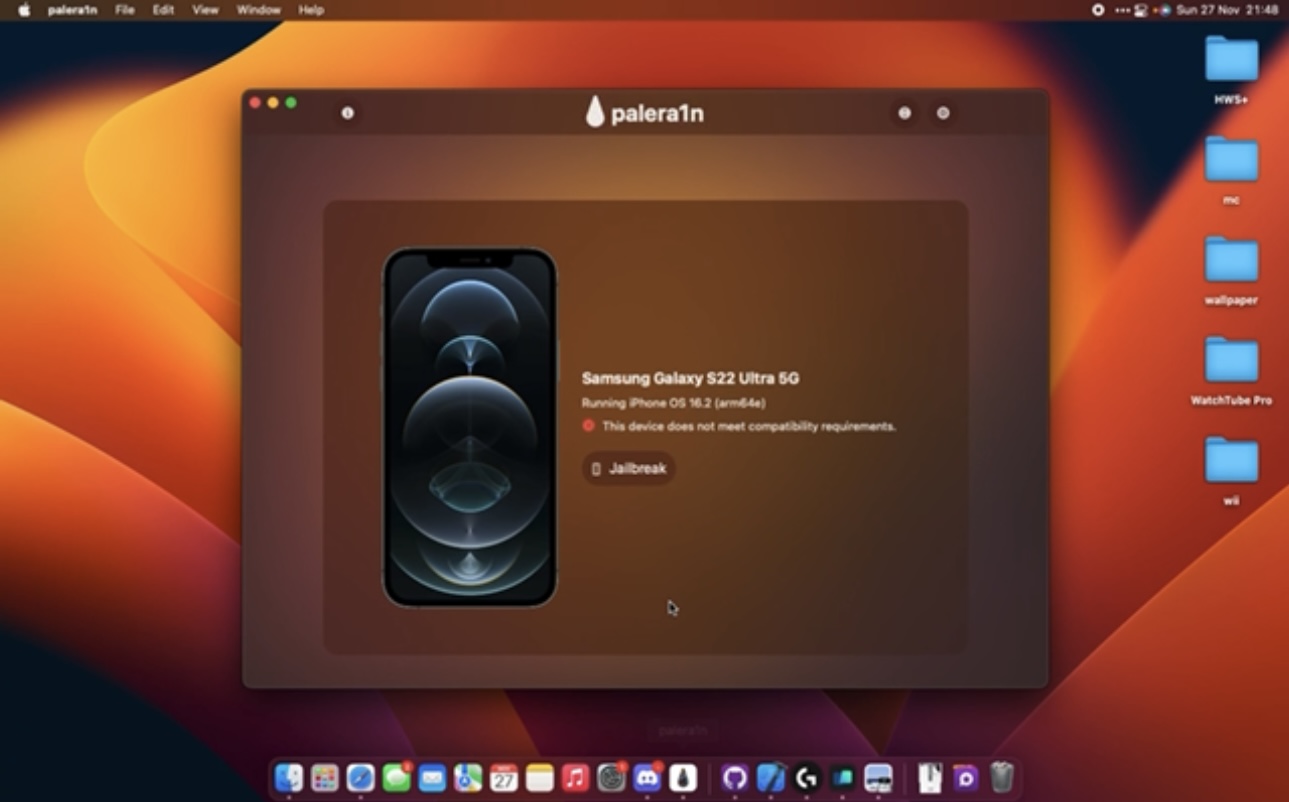 Citing the announcement in the palera1n team’s official Discord channel, version 1.4.1 of the jailbreak tool brings with it the following changes:

The version 1.4.1 release is now available on the palera1n team’s official GitHub page, and if you’re using a previous version, then you would simply clone the latest GitHub release and re-run the jailbreak over your existing installation after first booting into a jailed state.

At this time, the palera1n jailbreak is still considered a developer jailbreak, so we advise that if you use it, then you do so at your own risk. But we will say that we’ve been using it for a few weeks now and it’s been fairly good to us.

In addition to the notes about version 1.4.1, it’s also worth mentioning palera1n Team member meow’s announcement about the jailbreak tool’s GUI, which is an upcoming visual experience that will replace the existing Terminal-based CLI (command line interface) to be more user friendly: 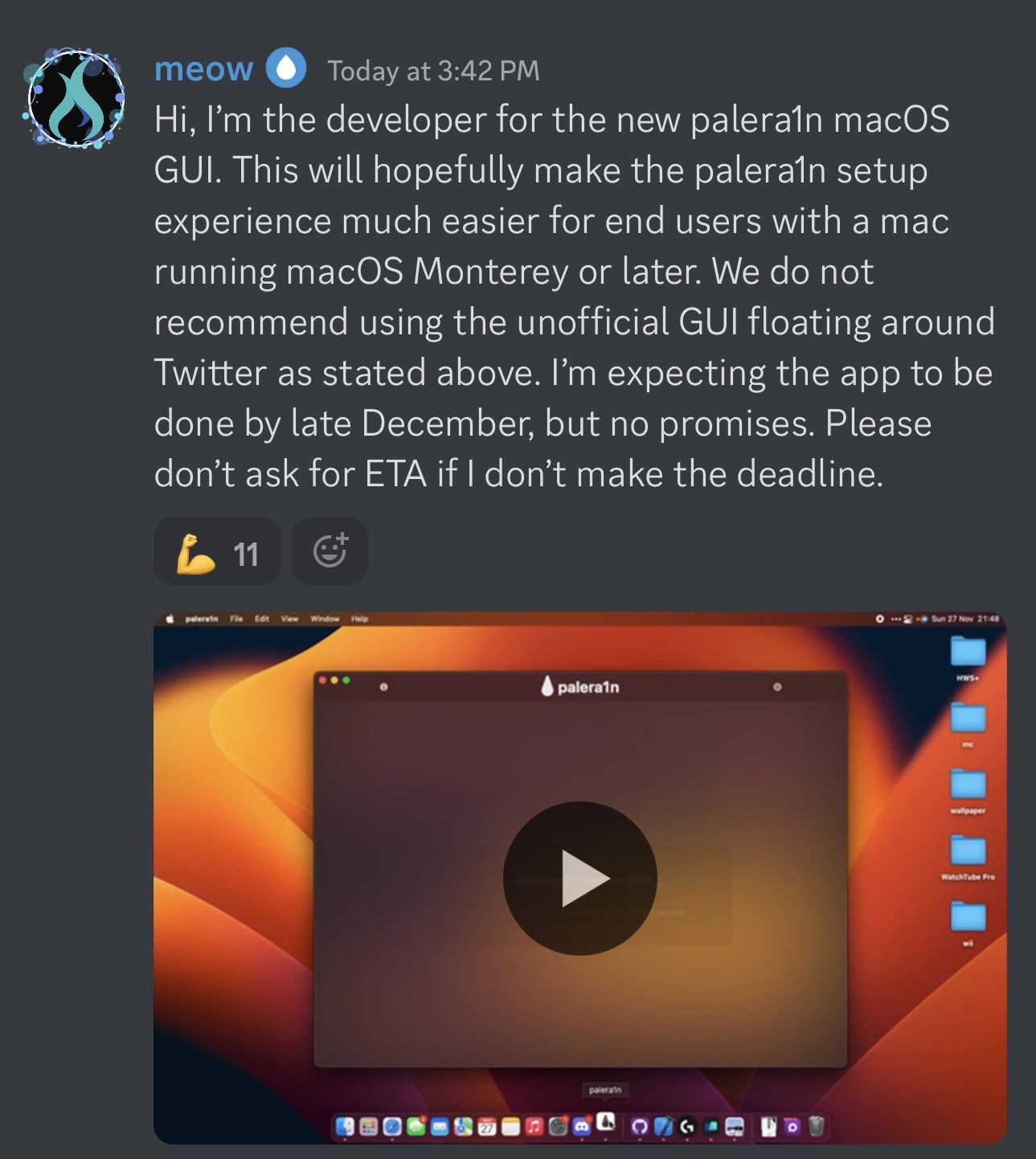 From what we can gather, the GUI will be for macOS Monterrey and later only, so Linux users would still have to depend on the CLI. The team once again reiterated staying away from third-party GUIs, as they’re not officially supported and may cause more confusion.

Meow did say the team was attempting to have its GUI ready before the end of December, but that this timeframe wasn’t set in stone. The team has requested that users don’t bug them about ETAs, as it would be ready when it’s ready.

If you haven’t already used the palera1n jailbreak tool, then you can use our step-by-step tutorial to get jailbroken on your compatible iOS or iPadOS 15.0-16.x device.