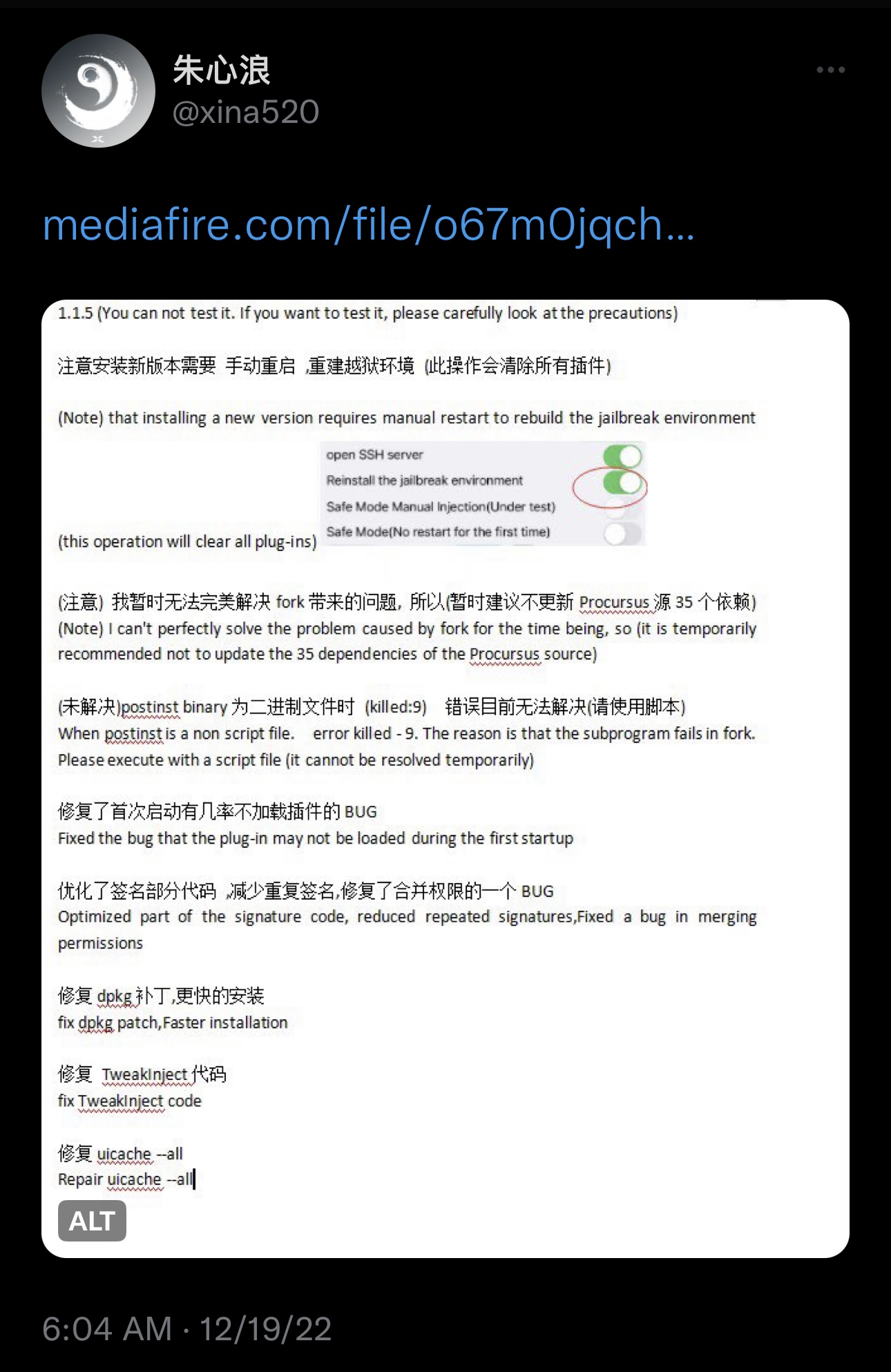 In a Tweet, @xina520 included not only a download link for version 1.1.5 of the tool, but also a loosely translated change log for the latest release, which is depicted above.

The developer also warns against installing the 35 upgrades from the Procursus repository via your package manager app for now as an issue is troubleshooted.

Changes in today’s update appear to include the following:

It’s worth noting that the XinaA15 jailbreak supports iOS & iPadOS 15.0-15.1.1 on all A12-A15 chip-equipped handsets. This means devices ranging from the iPhone XS to the iPhone 13 Pro Max.

Older handsets equipped with A9-A11 chips can instead use the palera1n tool to jailbreak iOS & iPadOS 15.

iDB urges prospective jailbreakers to continue waiting for a stable jailbreak as XinaA15 is currently considered a developer jailbreak. With that in mind, it may have bugs that still need to be addressed.

Are you among those currently testing the XinaA15 jailbreak? Let us know in the comments section down below.