The palera1n team appears to be looking into the possibility of adding iOS & iPadOS 16 support to its checkm8 bootrom exploit-based palera1n jailbreak tool for A9-A11 devices. 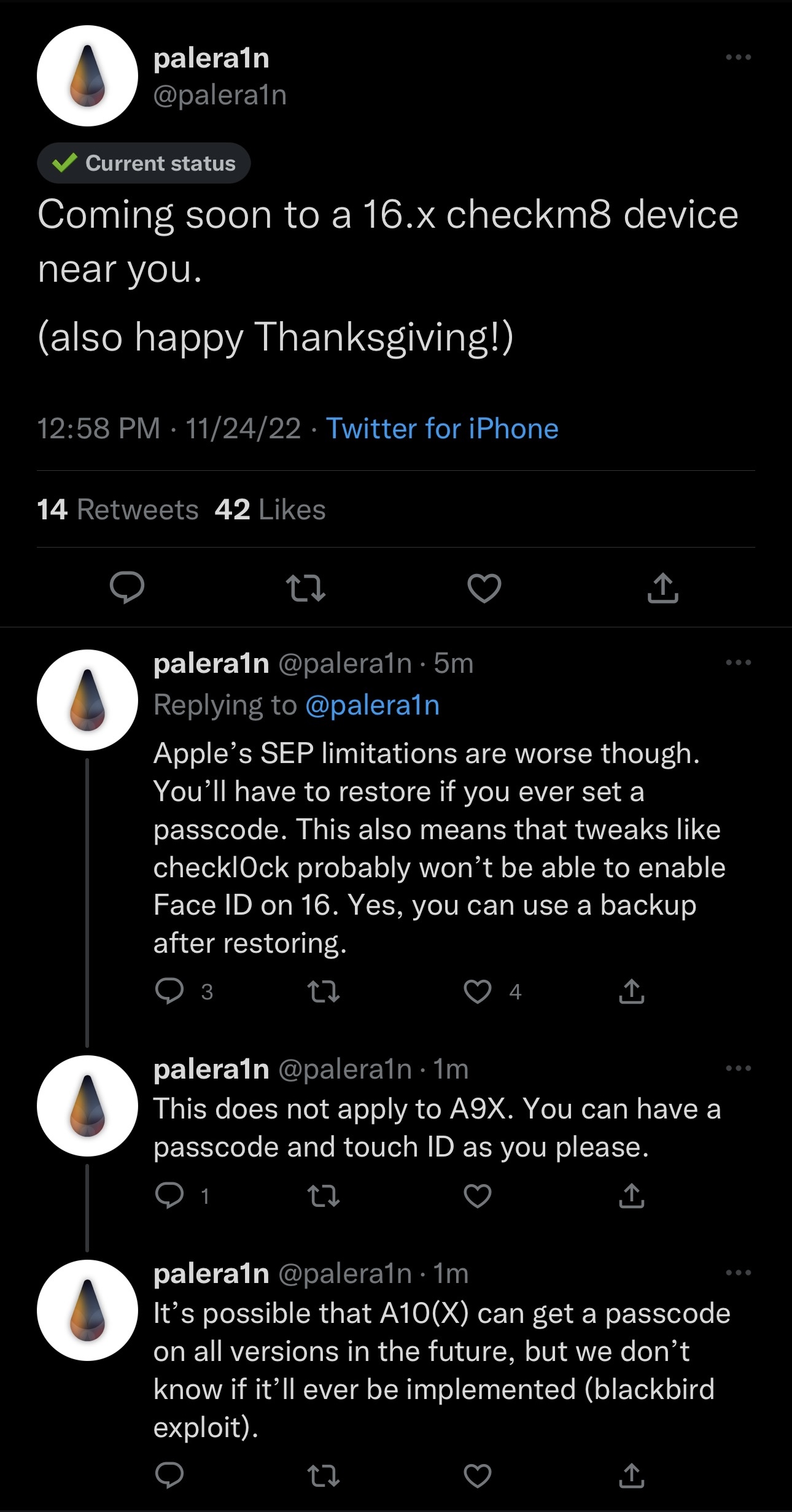 In a Tweet shared on this Thanksgiving Thursday, the palera1n team said support for iOS & iPadOS 16 would be coming soon, although with a few unfortunate caveats, especially with respect to passcode usage.

Because of SEP changes under the hood, A10-A11 device users would have no choice but to fully restore their device if they’ve ever set a passcode on the device previously. Moreover, jailbreak tweaks like checkl0ck probably won’t be able to enable Face ID on iOS 16.

The palera1n team notes that this caveat doesn’t impact A9-A9X device users, which is already the case on other jailbreaks including checkra1n, so no surprise there.

It is theoretically possible for A10-A10X devices to unlock passcode functionality l, but it would require an SEP exploit such as blackbird and there’s no telling if it would ever be implemented. 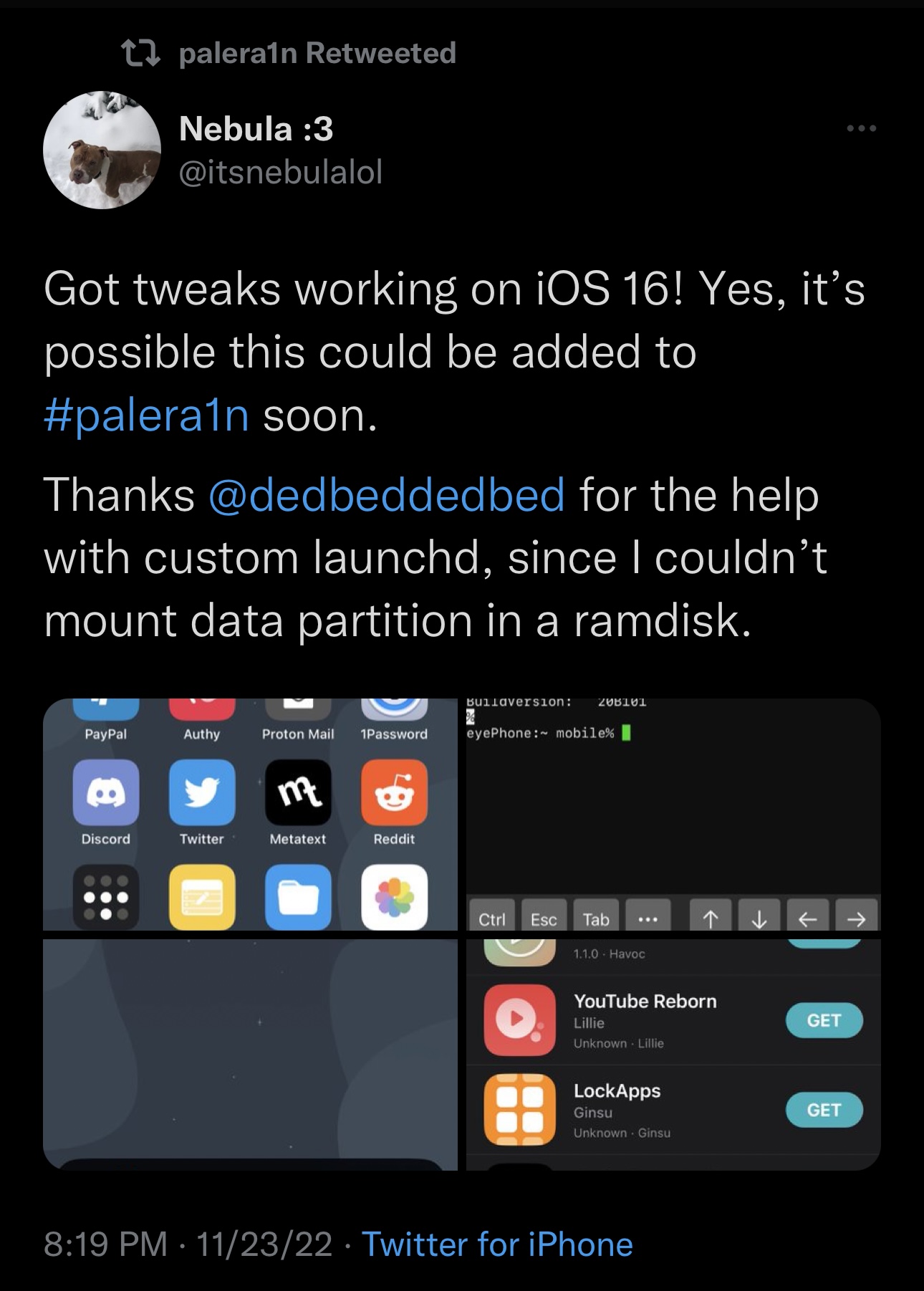 Despite the news, it’s worth noting that iPhone XS and newer devices still don’t have any jailbreak for iOS or iPadOS 15 or 16. The reason for palera1n’s existence is that the venerable checkm8 exploit is hardware-based, and therefore can’t be patched by Apple with a software update.

While palera1n is only intended for developers, more and more avid jailbreakers appear to be jumping aboard as the Odyssey Team’s Cheyote jailbreak still hasn’t seen the light and probably won’t be released in 2022.

Would you be excited for palera1n to add support for iOS & iPadOS 16? Be sure to let us know in the comments section down below.