TrollStore developer opa334 is out with another update for the popular perma-signing utility for iOS & iPadOS 14.0-15.4.1 (and some 15.5 betas) this Tuesday afternoon, this time bringing it up to version 1.4.4. 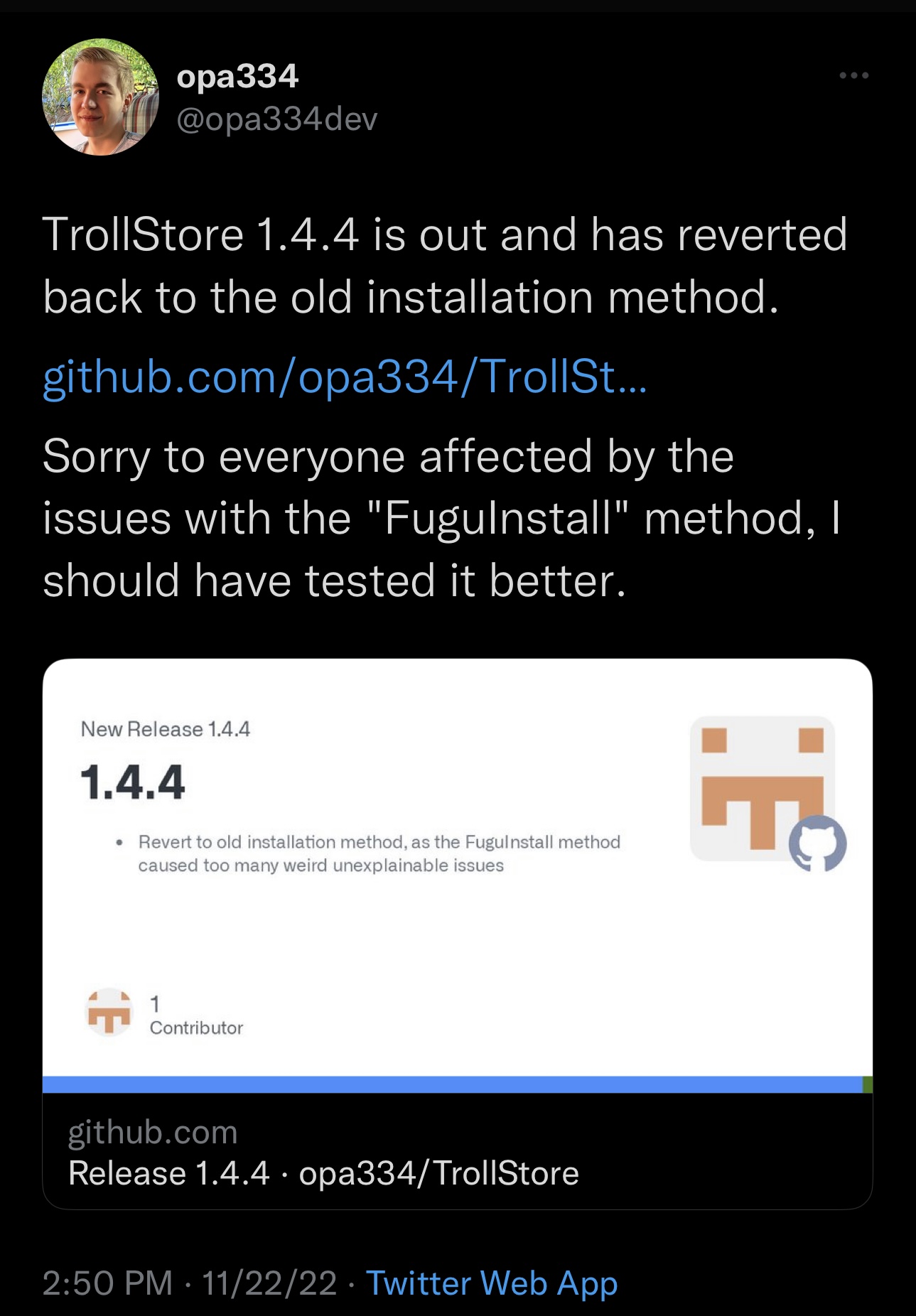 In the announcement Tweet, opa334 said he was reverting back to the original TrollStore installation method after adopting the FuguInstall method starting with version 1.4.

As it would seem, the FuguInstall method wasn’t well tested, as as made evident by the slew of updates over the past couple of days, it introduced more bugs than it was worth. The older installation method TrollStore took advantage of worked just as well, but without all the bugs, so this was a sense so solution to the problem.

Existing users of the TrollStore utility can and should upgrade to TrollStore version 1.4.4 via the in-app OTA (over the air) updating mechanism, as the update is now recommended for all users to ensure the highest quality app perma-signing experience.

Anyone who will be trying TrollStore for the first time is advised to install version 1.4.4 instead of anything older, and it can be had from the developer’s GitHub page. Tutorials showing how to install TrollStore are linked below for those interested:

With TrollStore, you can effectively sideload apps without the seven-day signing requirement you’d be bound to when using AltStore or Sideloady thanks to a CoreTrust bug in affected versions of iOS. This is useful for jailbreak apps, but also works with any other .ipa file you might get your hands on.

Have you installed the latest version of TrollStore yet? Be sure to let us know in the comments section down below.