Great news on Wednesday for anyone who is taking advantage of the palera1n team’s checkm8-based jailbreak for A9-A11 handsets running iOS or iPadOS 15.0-15.7.1 — iOS developer SparkDev updated the popular SnowBoard theming engine this morning with official support for it. 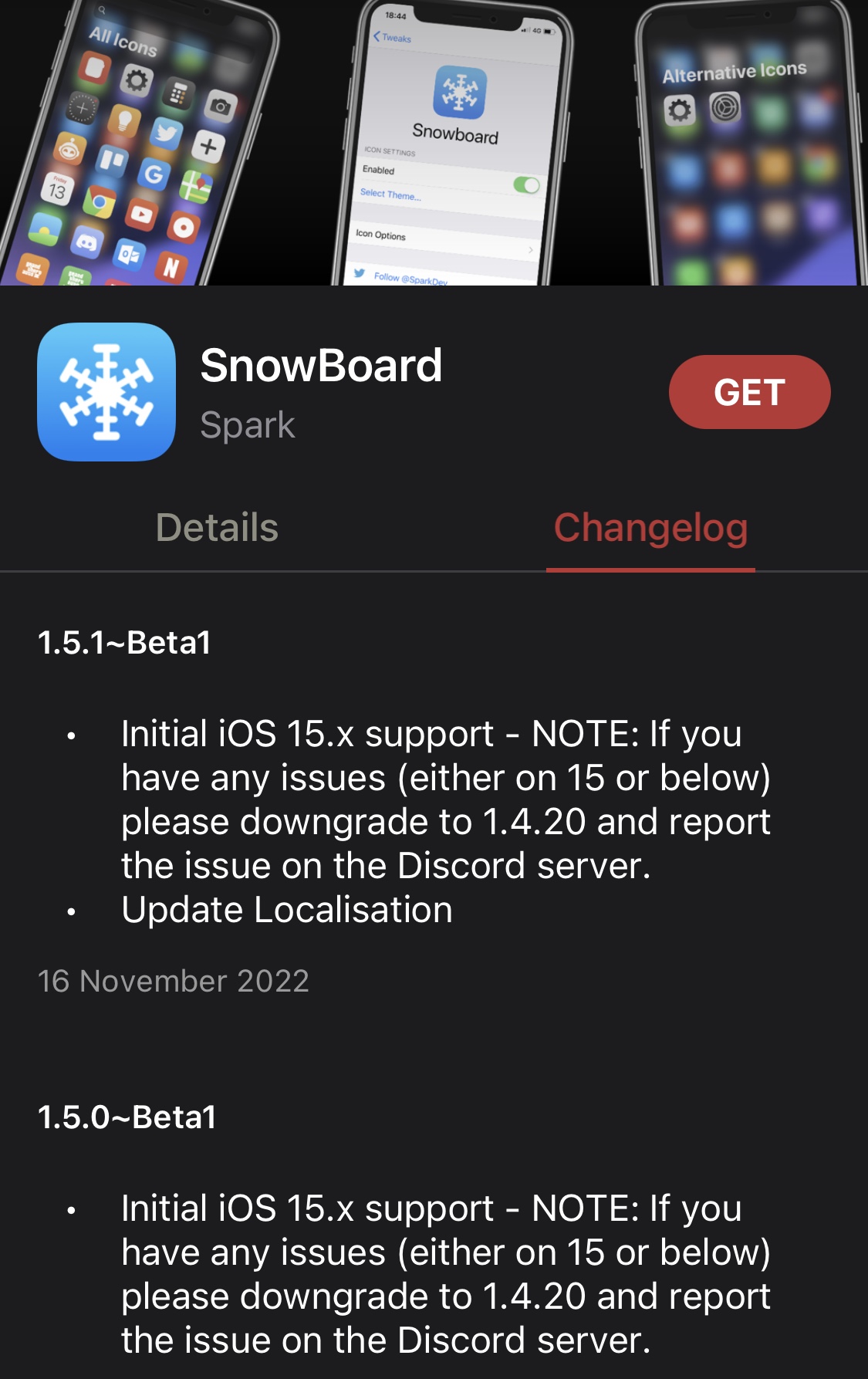 The latest update, dubbed version 1.5.1 Beta 1 is very clearly a beta update with preliminary iOS & iPadOS 15 support, but it allows palera1n users to customize their Home Screen’s app icons and other aspects of the iOS or iPadOS user interface with downloadable theme packs that can be obtained from various repositories via a package manager.

It’s worth noting that while palera1n is only intended for developers, a growing number of jailbreakers are beginning to use it amid controversy surrounding the Odyssey Team’s indefinitely delayed Cheyote jailbreak, which l continues to be pushed out further and further into the future as users wait patiently on outdated firmware  for a release.

For those interested in taking a chance on palera1n, we created a step-by-step tutorial showing you how to install it on compatible iOS & iPadOS 15.0-15.7.1 devices with tweak injection support. Tweak injection works out of the box because it’s not a rootless jailbreak like Cheyote was going to be.

If you’d like to use the updated SnowBoard to theme your palera1n-pwned device, then you can grab it for free from SparkDev’s personal repository via your favorite package manager app. Those not already using SparkDev’s repository can add it to their package manager via the URL we’ve provided below:

Do you have any plans to use SnowBoard on your palera1n’d device, or are you waiting for a jailbreak that supports newer devices? Be sure to let us know in the comments section down below.