iOS developer opa334 is out with another update for the TrollStore app perma-signing tool on Tuesday, this time bringing the utility up to version 1.2.2. 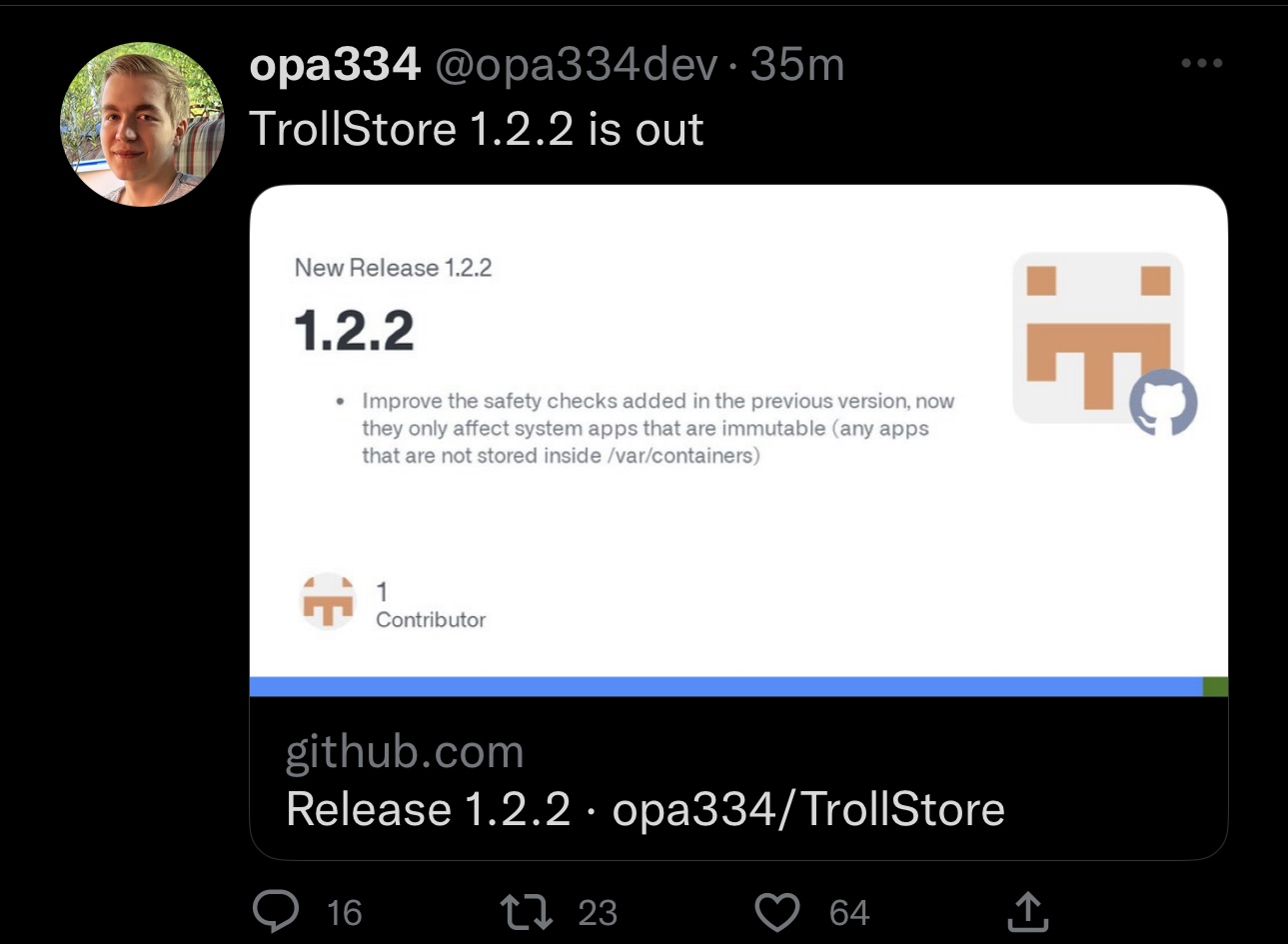 The update comes just one day after TrollStore v1.2.1 introduced a new safety feature to avert bootloops that could have affected users perma-signing apps with the same identifier as system apps —those pre-installed by Apple from the factory.

In a Tweet shared this afternoon, opa334 included a link to the GitHub page, which cited the following change in this release:

– Improve the safety checks added in the previous version, now they only affect system apps that are immutable (any apps that are not stored inside /var/containers)

Yesterday’s update was important for all TrollStore users to install because it helped prevent users from entering a bootloop. But today’s update is also recommended because it improves the safety system designed to prevent this problem in the first place.

TrollStore version 1.2.2 is available to everyone from the project’s GitHub page and is compatible with devices running iOS & iPadOS 14.0-15.4.1 (and some builds of iOS 15.5 beta). iOS 14 devices must be jailbroken, but a jailbreak isn’t required if using with iOS 15.

Existing users can update using the TrollHelper OTA update mechanism, while new users can install TrollStore using either of the step-by-step tutorials provided below:

Have you installed the latest version of TrollStore yet? Be sure to let us know in the comments section down below.