WhatsApp or iOS do not offer a built-in solution to record calls. But if necessary, you can record WhatsApp audio and video calls made from your iPhone using workarounds, and in this tutorial, we will share a few with you.

Is it legal to record WhatsApp calls?

Laws to record telephone calls differ by country. Depending where you are, you may be able to record a call if you’re one of the participants on that call. In some countries, recording phone calls is downright illegal.

However, in most countries and regions, recording a phone or internet call via apps like WhatsApp should be fine as long as you have informed the other party that you’re recording the conversation and have received their consent.

For more details, we highly suggest you have a look at Telephone call recording laws on Wikipedia.

Can I use the Voice Memos app or iOS screen recorder to record WhatsApp calls on my iPhone?

Secondly, the built-in screen recorder has the capability to record internal sounds, but it is disabled when you’re on a call. So, if you start the screen recorder on your iPhone during a WhatsApp audio or video call, it will not record audio (just the video).

These are the reasons why you won’t find direct call recorder apps on the iPhone App Store. And if you stumble upon an app that claims to record calls, that would have to be via indirect means, or it would just be a fake app. Indirect apps ask you to make a payment and place your phone call via their servers, where the call is recorded. Even then, these apps only work for standard phone calls, and not WhatsApp calls.

Due to these privacy features, your options to record WhatsApp calls are limited to the following workarounds.

1. Use a second device

Start or pick up a WhatsApp call on your iPhone. Next, put the call on speaker and set the volume to the maximum. Now, use the Voice Memos app on your other iPhone, iPad, Mac, or Apple Watch to record the conversation.

2. Use an Android phone

This isn’t really a solution for recording WhatsApp calls on iOS but rather a totally different workaround. If you frequently need to record WhatsApp calls, consider setting up WhatsApp on an Android phone and use a third-party call recorder app from the Play Store.

3. Use your Mac to record WhatsApp video calls

Finally, we come to the last method, which involves using a Mac and a Lightning cable. This approach can also be used to record FaceTime calls.

Follow these steps to record a WhatsApp video call:

1) Connect your iPhone to your Mac using a Lightning Cable.

2) Launch QuickTime Player on your Mac. To do that, press Command + Space Bar and type QuickTime.

3) Once QuickTime opens, you will see its name in the top left of your Mac’s screen. From here, click File > New Movie Recording. 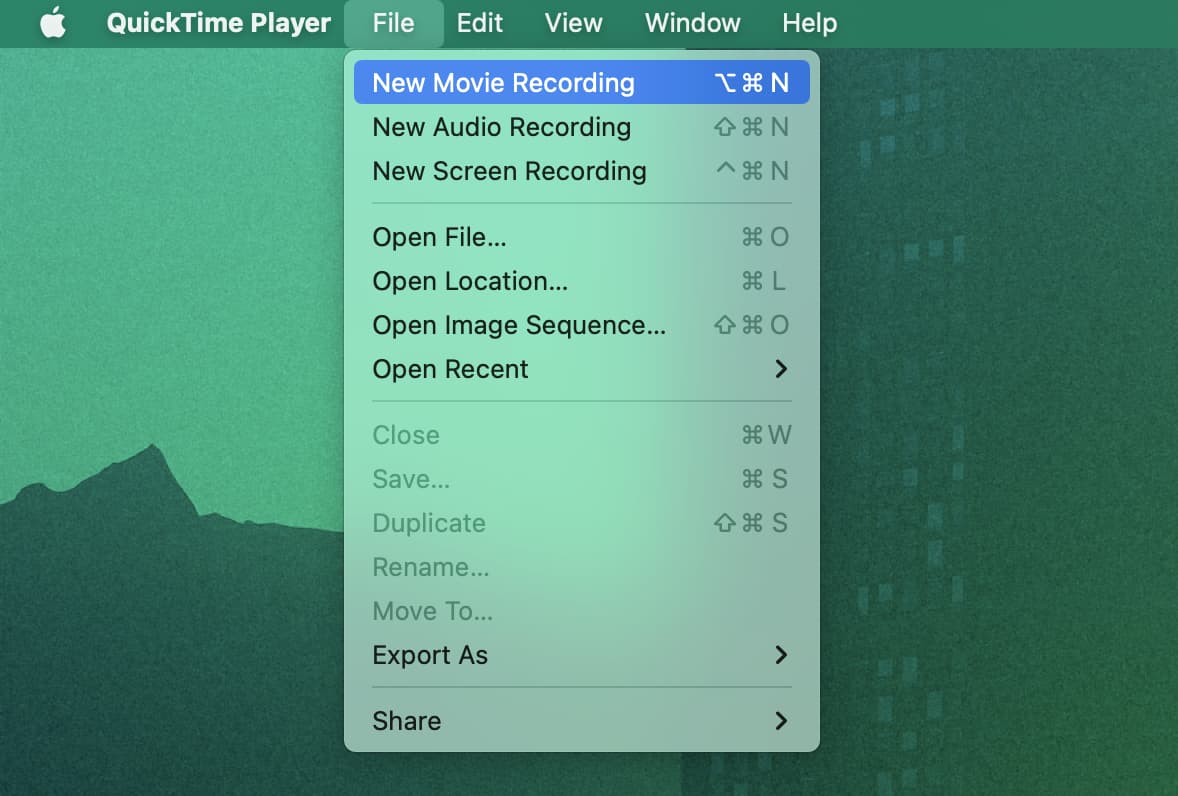 4) Drag the sound slider to the right. 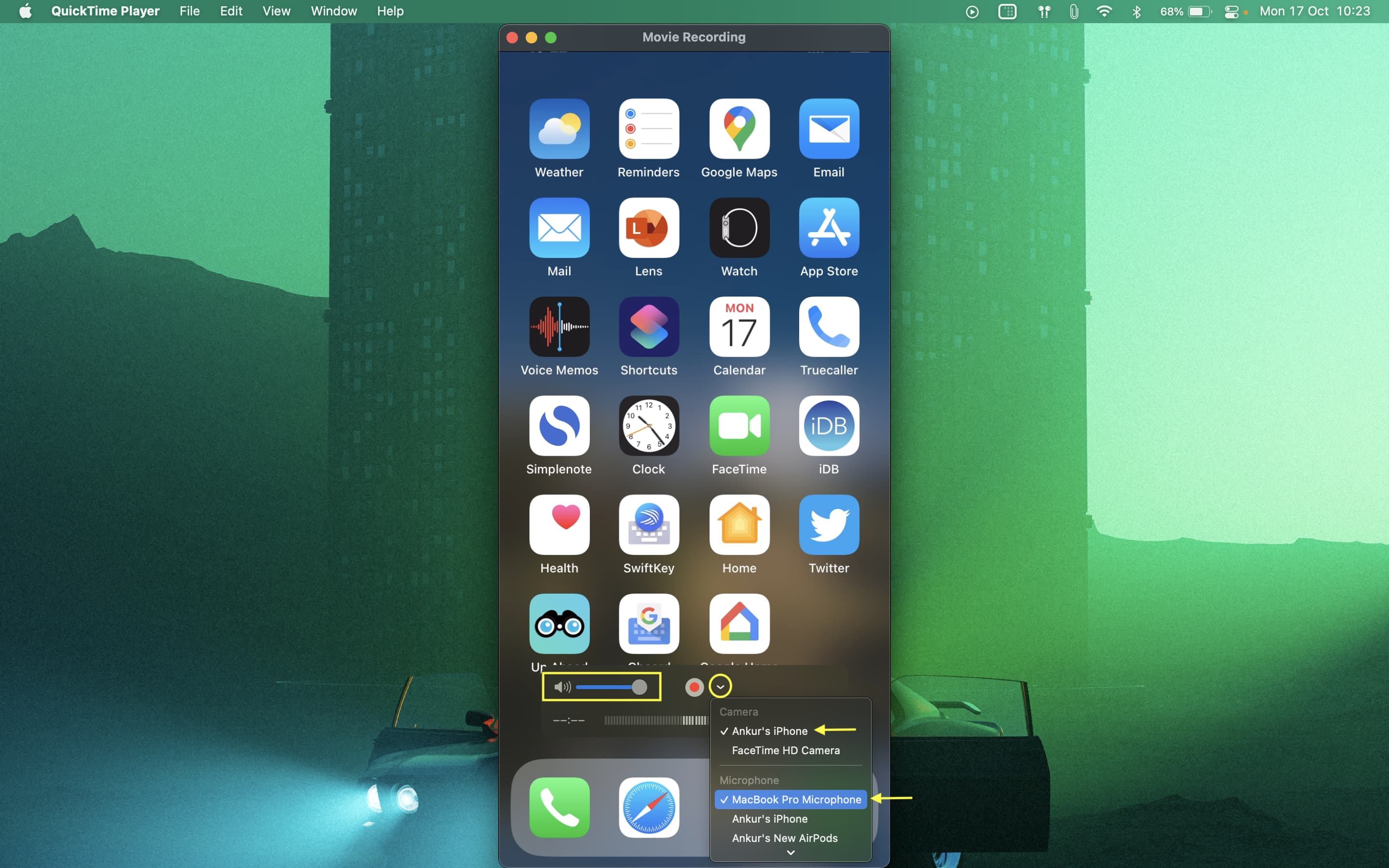 6) With all set, click the start button in QuickTime. Next, make a WhatsApp video call on your iPhone. Don’t forget to route the call’s audio output via your iPhone’s speaker. QuickTime Player will record your iPhone’s screen internally and iPhone’s audio via Mac’s microphone or one connected to it.

7) When you’re done with the call, click the stop button in QuickTime. Finally, save the recording by choosing File > Save, or click the red close button, and you’ll be prompted to save the recorded file. 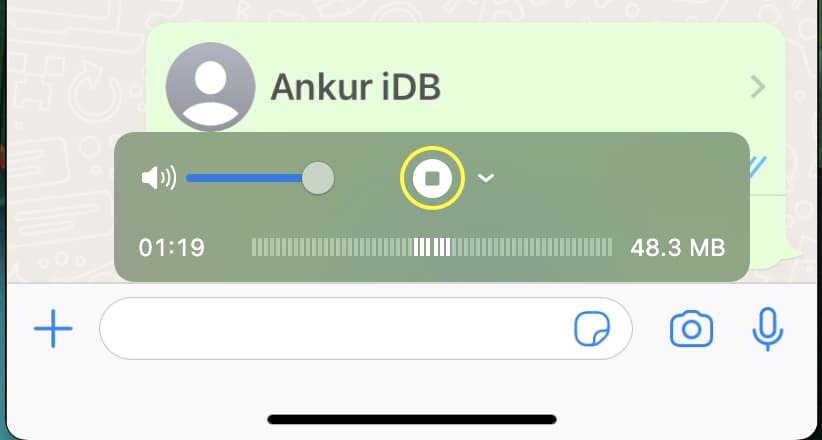 You can play this recorded video file on Mac or AirDrop it to your iPhone’s Photos app. If you need just the audio, you can easily extract audio from the video using your iPhone, iPad, and Mac.