The TrollStore perma-signing utility by iOS developer opa334 was updated to version 1.2 late Tuesday afternoon with support for a new installation method called TrollHelperOTA and a few miscellaneous bug fixes. 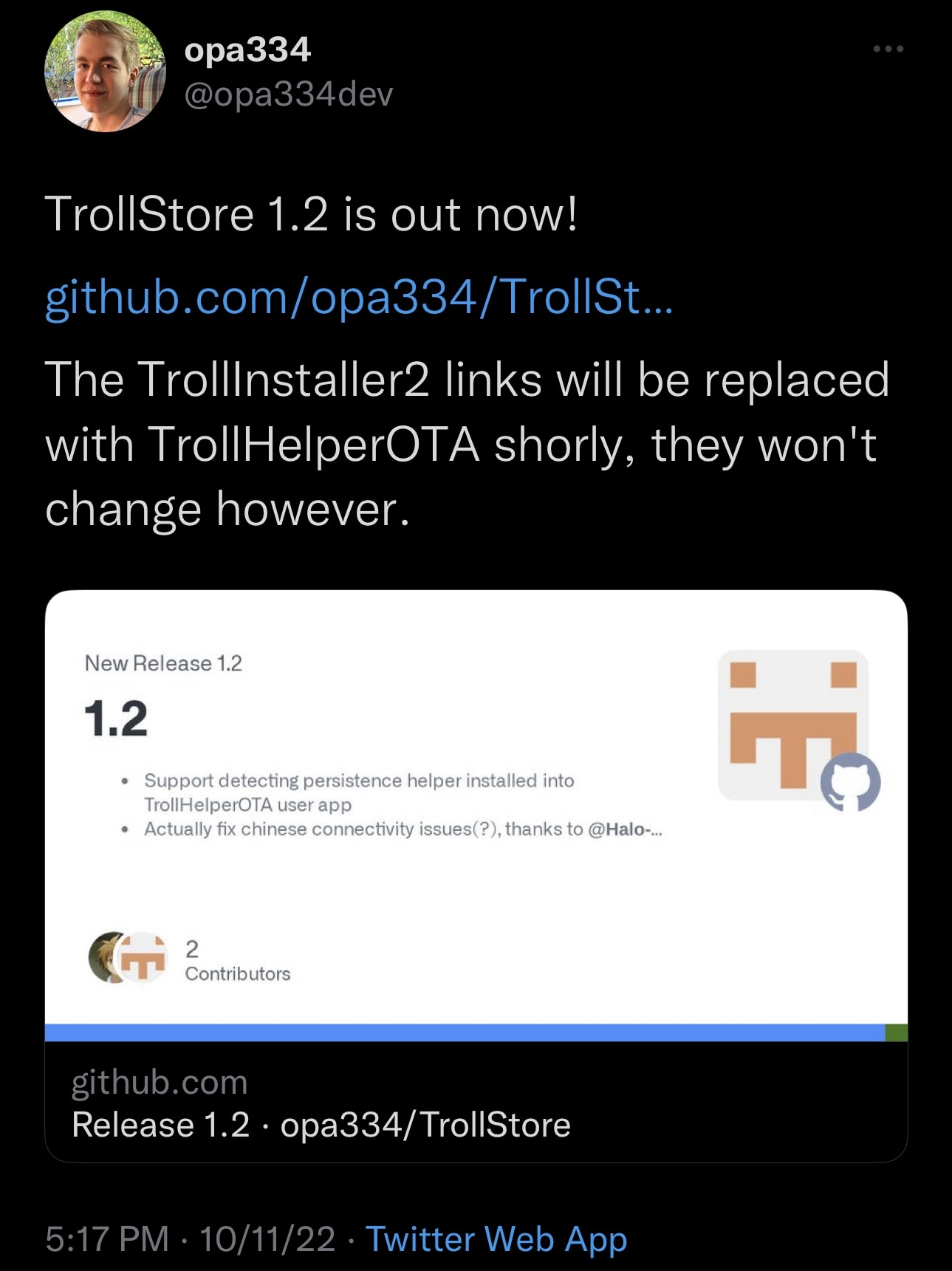 Opa334 made the announcement via Twitter, linking to the project’s official GitHub page which contains the following change log:

Perhaps the most substantial change in TrollStore v1.2 is that it now supports a new installation method called TrollHelperOTA, which appears to be superseding the older TrollInstaller(2) method. Opa334 notes on both Twitter and in the GitHub page that the older TrollInstaller(2) method is now deprecated, which means he no longer recommends that installation method.

Other changes in this v1.2 update seem to be bug fix-related, including a patch for a connectivity issue affecting Chinese devices and a fix for a black screen affecting the persistence helper when installed into certain apps.

In another set of Tweets, opa334 went on to explain that TrollHelperOTA is basically TrollHelper/TrollPersistenceHelper injected into an App Store app.

We also learn that the CoreTrust bug utilized by TrollStore, although patched in iOS 15.5 release candidate (RC), re-surfaced in iOS 15.6 beta and was patched again in iOS 15.6 RC. With that in mind, it now seems like it’s going to be possible to install TrollStore on beta versions of iOS 15.6 as well. 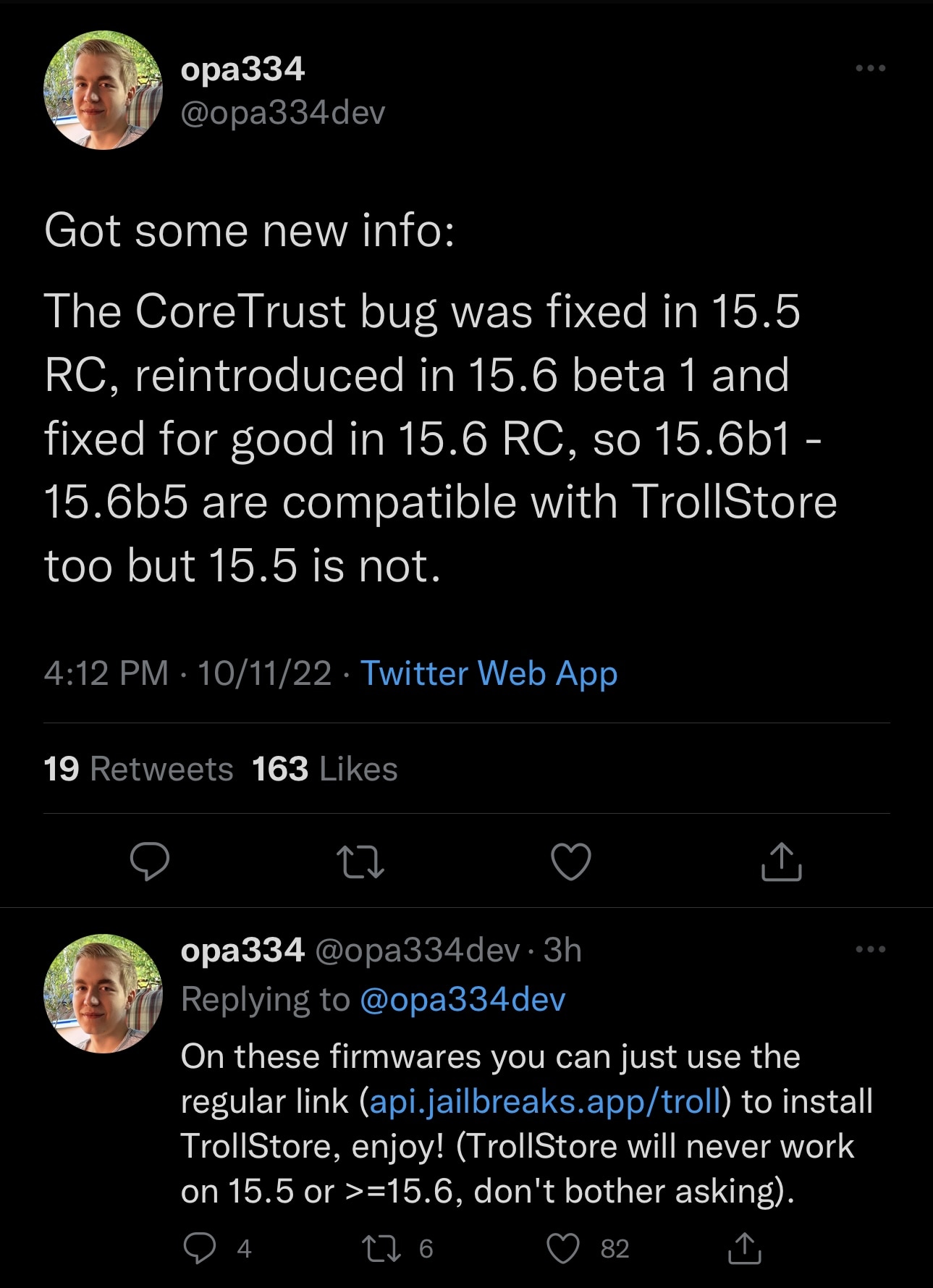 All existing TrollStore users can install the latest update by using the OTA mechanism in the TrollStore app. If you’re not already using TrollStore, then you can head over to the project’s GitHub page to acquire the .ipa file and use our tutorials below to help you install it:

Have you installed or updated to the latest version of TrollStore yet? Be sure to let us know in the comments section down below.