Legizmo Kincaid, the novel solution for pairing and using the latest Apple Watches on watchOS 9 with outdated version(s) of iOS, is adding support for the rootless dynamic of the Odyssey Team’s upcoming Cheyote jailbreak for iOS 15.0-15.1.1 and the new developer-centric, checkm8-based  palera1n jailbreak for A9-A12-equipped handsets running iOS 15.0-15.3.1. 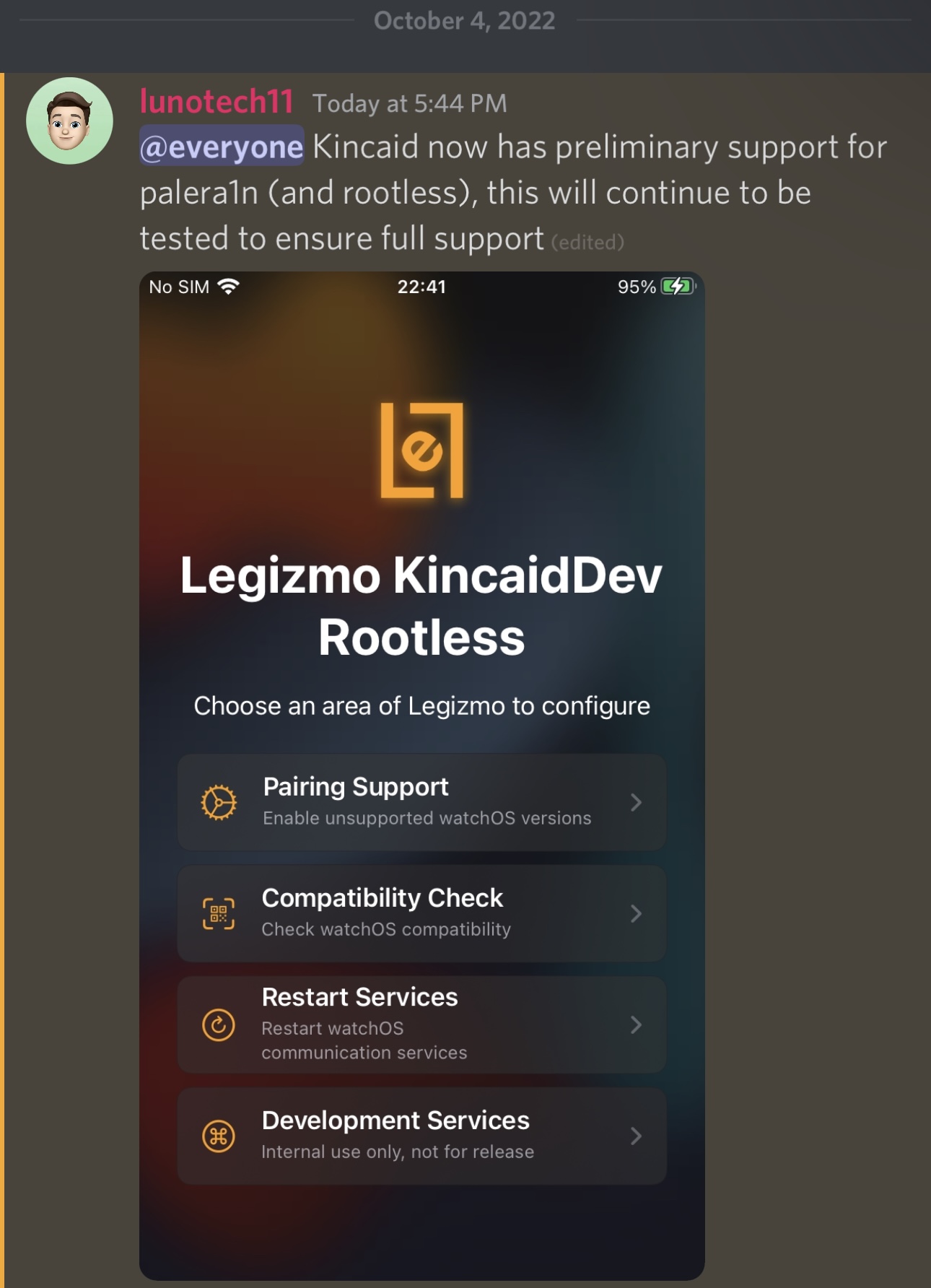 Project developer lunotech11 made the announcement Tuesday evening via the official Legizmo Discord server, highlighting that the support was preliminary and that it would continue being tested to ensure the utmost stability for users.

Legizmo Kincaid was already available to jailbreakers on iOS 14 in addition to TrollStore users on iOS 15 who could perma-sign the app on jailed handsets. The latest announcement makes Legizmo Kincaid compatible with a wider array of devices, especially as the community awaits iOS 15 jailbreaks to drop.

Since Apple just launched a new lineup of Apple Watches that run watchOS 9 out of the box, these users would ordinarily have to be running iOS 16 on their iPhones to pair. This is precisely what Legizmo Kincaid lets those users circumvent, effectively letting them keep their iPhone on a version of iOS that watchOS 9 can’t natively pair with due to Apple restrictions. It’s ideal for jailbreakers or prospective jailbreakers who don’t want to upgrade in case of an existing or new tool release, and most features communicated between the devices still work as expected despite the hacked compatibility.

Legizmo Kincaid is currently available to a subset of Patreon subscribers, with links and support being available to the public in the Discord Server.

Are you excited to see Legizmo Kincaid picking up for more devices and jailbreak methods? Be sure to let us know in the comments section down below, especially if you plan on taking advantage of it.