A little over a week ago, we told you about a development dubbed Legizmo Kincaid that would allow even those without a jailbreak to pair Apple Watches running newer versions of watchOS with iPhones running outdated versions of iOS. 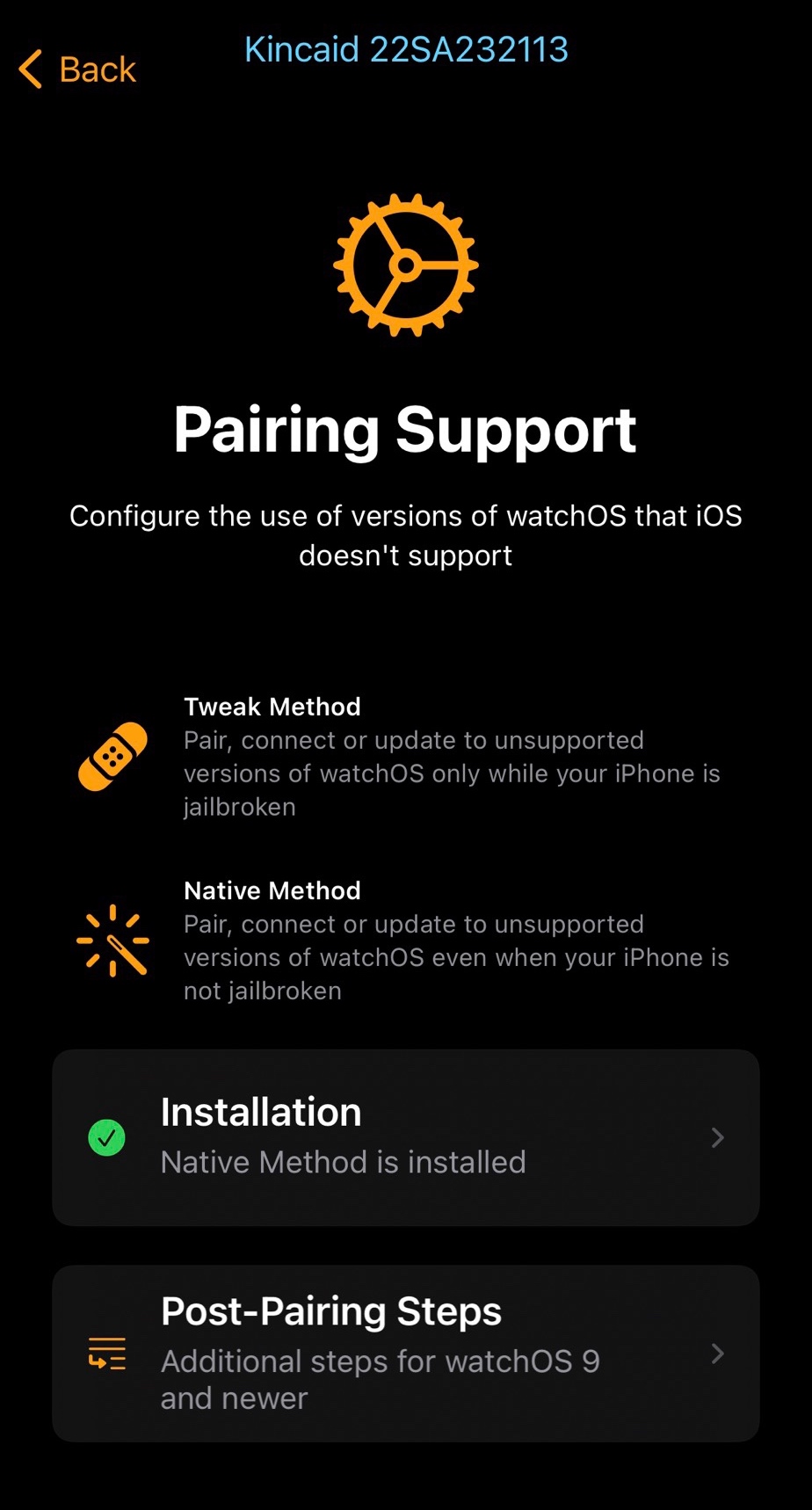 Legizmo comes in many different forms, primarily as jailbreak tweaks that let jailbreakers pair newer Apple Watches with their outdated, jailbroken firmware. The Kincaid project is a first-of-its-kind development that utilizes the perma-signing capabilities of TrollStore to enable pairing of newer versions of watchOS, including watchOS 9, with non-jailbroken installations of iOS 15.0-15.1.1.

Legizmo Kincaid is also available for jailbreakers, of course.

On Friday, Legizmo lead developer lunotech11 took to the official Discord channel to announce that a test run of Legizmo Kincaid had been seeded to Patreon members of the alpha and beta tiers. This means that some who had supported the developer amid the wait were able to try it out for the first time. 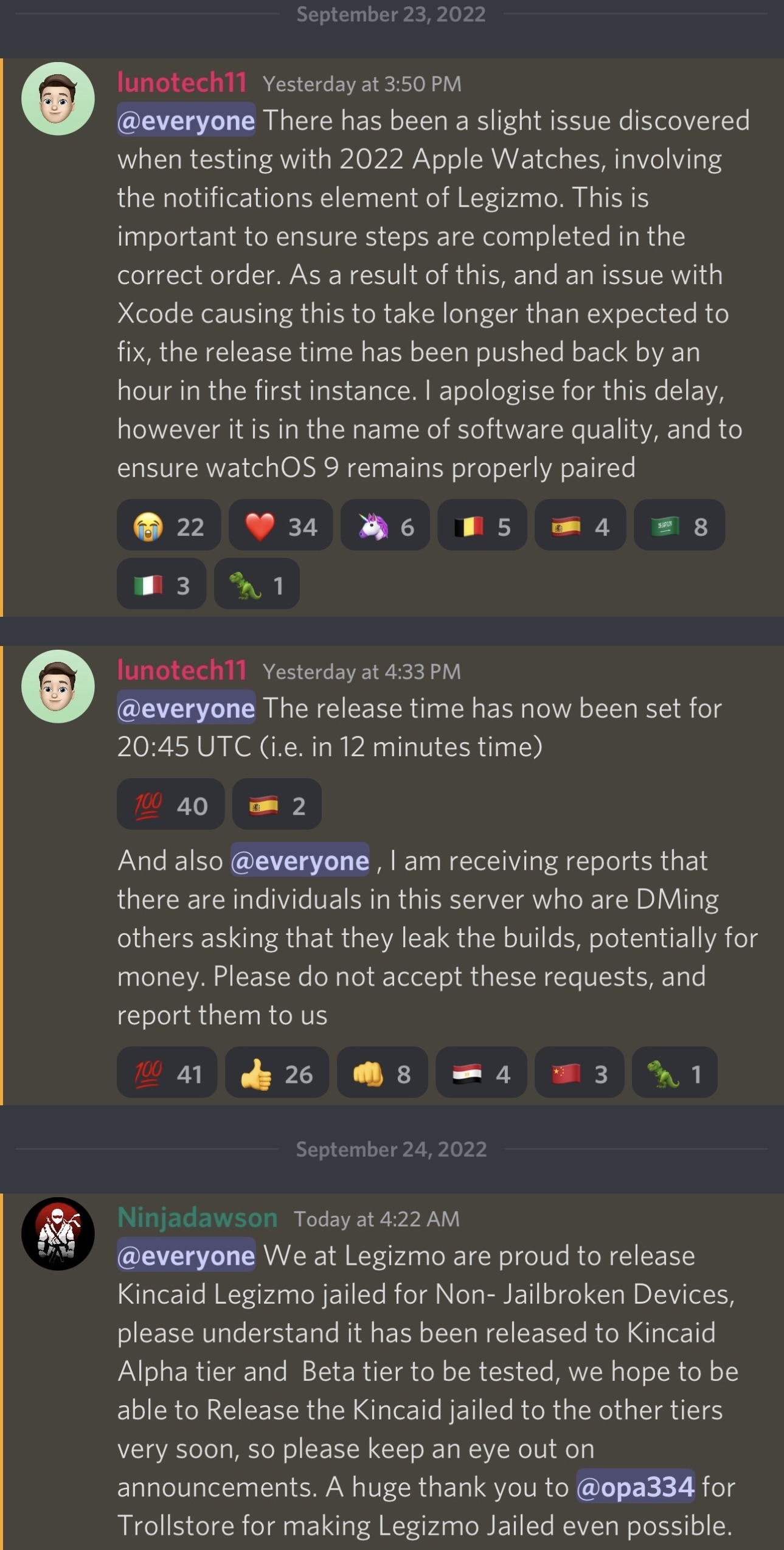 At this time, Legizmo Kincaid remains in beta testing phases to ensure that the kinks are worked out before it reaches the general public. In fact, that’s probably a good thing, as the developer noted in a follow-up Discord announcement that a bug had been discovered involving notifications on 2022 model-year Apple Watches.

Legizmo Kincaid is obviously a highly sought-after release, especially since many continue to wait on iOS 15.0-15.1.1 for an impending jailbreak release by the Odyssey Team. This means that those users otherwise wouldn’t be able to buy and use a new Apple Watch. Given the desirable nature of Legizmo Kincaid, the developer had no choice but to warn other users about leaking the Patreon-only beta.

Prospective users can stay up to date on the project by joining the Legizmo Discord channel. Of course, iDB will provide regular updates as well.

Do you have any plans to take advantage of Legizmo Kincaid to pair newer Apple Watches with outdated version(s) of iOS? Let us know in the comments section down below.