Lots of jailbreakers are familiar with how it feels to run an older version of iOS while still attempting to buy the latest Apple Watch. In many cases, the Apple Watch’s newer firmware requires a newer installation of iOS, which wouldn’t be jailbreakable, and that’s why a jailbreak tweak called Legizmo exists. 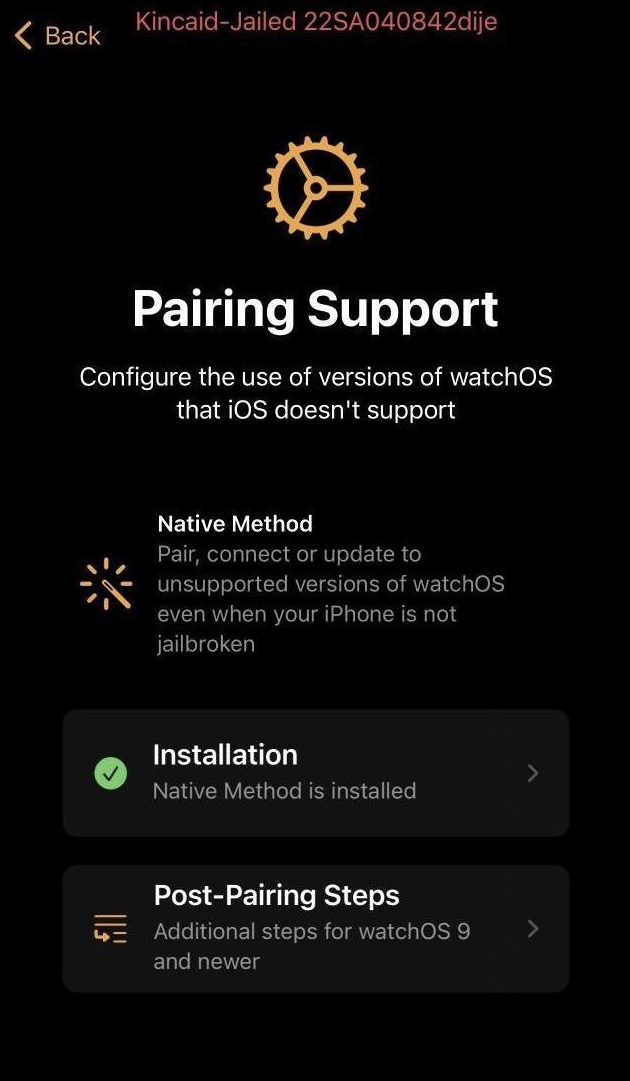 We showed you Legizmo Grace & Legizmo Jupiter  back in February, and while it’s useful for jailbreakers, it would also be useful for prospective jailbreakers — those who aren’t yet jailbroken, but are waiting on a lower firmware for a jailbreak to be released. Of course, you can’t really use the Legizmo jailbreak tweak without that jailbreak, which makes the waiting process especially rough. At least… not yet…

Fortunately, those will holding out for a jailbreak may soon be able to use a special build of Legizmo made especially to use with TrollStore for devices in a jailed state. This means installing and using Legizmo without a jailbreak using only the exploit harnessed by TrollStore to pair a newer Apple Watch with an older installation of iOS. And best of all, it’ll be permanently signed, since TrollStore perma-signs apps.

The latest Legizmo project, which appears to be code-named Kincaid by developer lunotech11, is under development and now entering the beta testing phases. Kincaid comes in two different flavors, including one for jailbroken devices and another designed to work on jailed devices with TrollStore v1.0.7 or later. Legizmo Kincaid will be distributed via Patreon, and the developer is still working out kinks in the payment system with respect to those who may already own other versions of Legizmo for jailbroken devices. More details are available in the below screenshot via the Legizmo Discord channel: 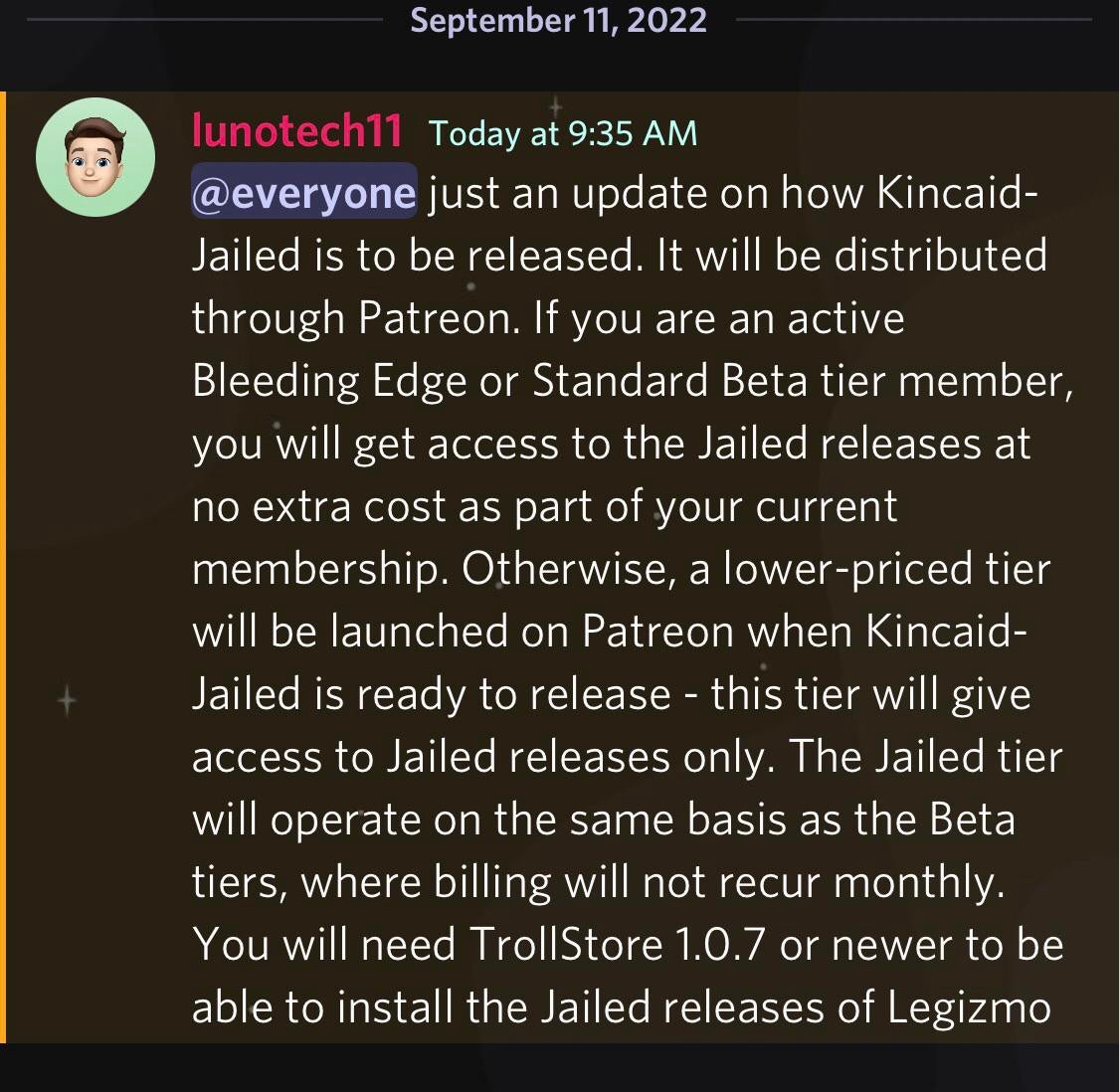 As of yesterday, alpha testers should already have their hands on the second release candidate for Legizmo Kincaid, which means much of the project is already complete. Once bugs are identified and swiftly squashed, Legizmo Kincaid can make its way to the general public to make newer Apple Watches more accessible to those who aren’t upgrading their iPhone’s firmware in hope of a jailbreak release.

We will continue keeping our readers apprised as Legizmo Kincaid nears release, so be sure to stay tuned.

Are you excited about Legizmo Kincaid and the ability to use it with TrollStore on non-jailbroken handsets? Let us know in the comments section down below.