The Odyssey Team is hard at work in developing a functional jailbreak tool for iOS & iPadOS 15.0-15.1.1, a project that the team now calls Cheyote. The tool has been under development for quite some time, and project lead developer CoolStar has provided regular status updates along the way. 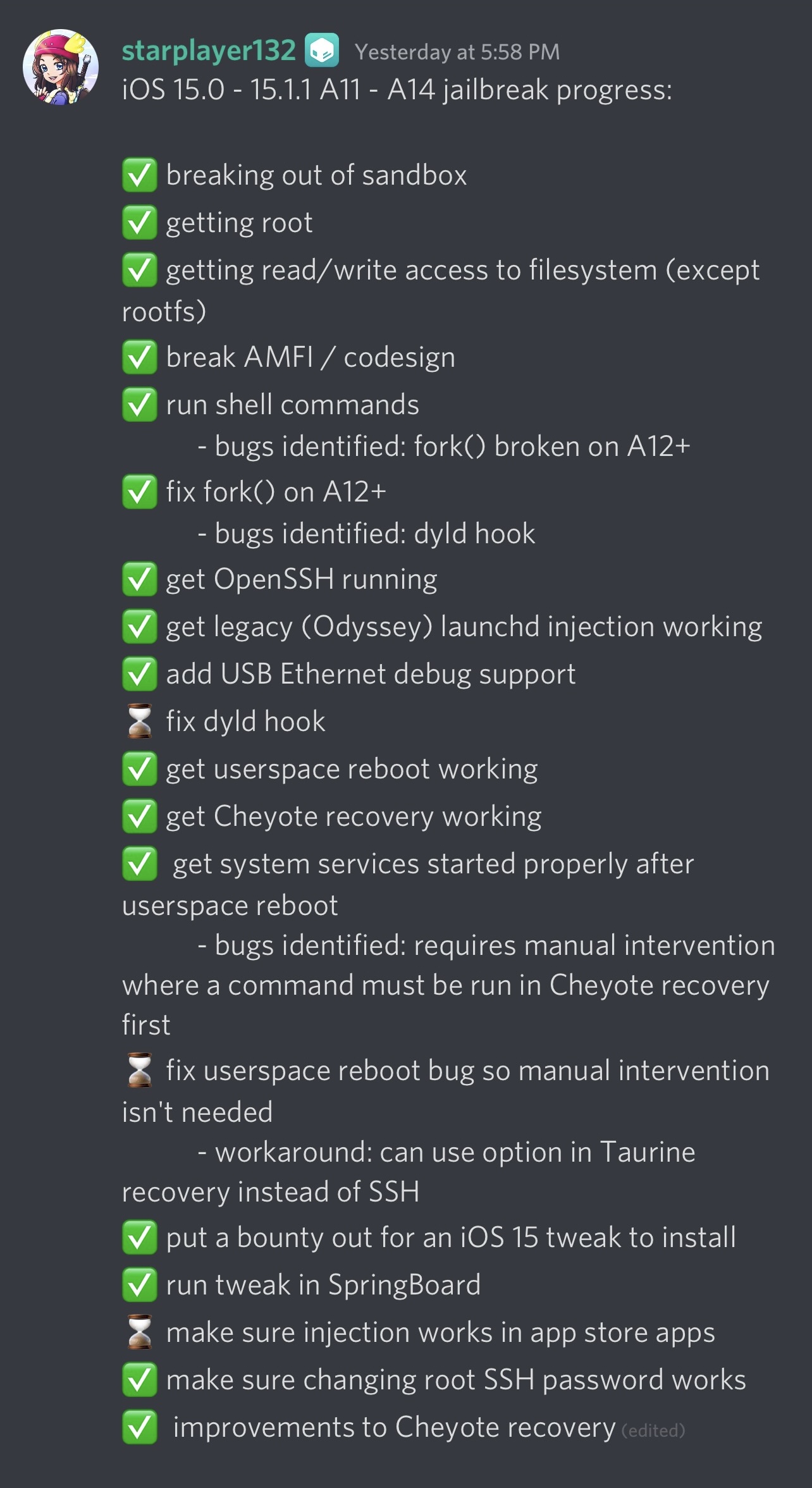 In the latest update shared to the Sileo / Taurine / Odyssey Discord channel this week, and shown above, CoolStar posted an updated checklist denoting what has been completed amid the tool’s development and what still needs to be done.

From what we can gather, at least two additional milestones that weren’t included in the previous checklist have been added and marked as completed. Those include:

At this time, items that were marked incomplete in the previous checklist remain incomplete, and those include:

As the jailbreak’s developments progresses, we’re likely to see more updates to the checklist, which includes adding additional items to the list as required.

At the time of this writing, an ETA isn’t set in stone, but the Odyssey Team’s ramping up of teasers and positive status updates indicates that it will certainly be in the foreseeable future.

For now, prospective jailbreakers looking forward to using the Cheyote jailbreak tool on iOS & iPadOS 15.0-15.1.1 would do good to familiarize themselves with the ins and outs of the upcoming jailbreak, as it will be of the rootless variety. In a detailed F.A.Q. post, we outline what this means for you as the jailbreaker.

Are you excited about the continued progress on the Cheyote jailbreak tool? Let us know in the comments section down below.