Later this year, when Apple launches the next major updates for iOS and macOS, a new feature will come along for the ride called Continuity Camera. This will allow folks to use their iPhone as their computer’s web cam, either wirelessly or wired. Users will also need an accessory to attach their smartphone to their computer, but that won’t launch until later this year, too. But one enterprising individual has decided that waiting isn’t all that fun. 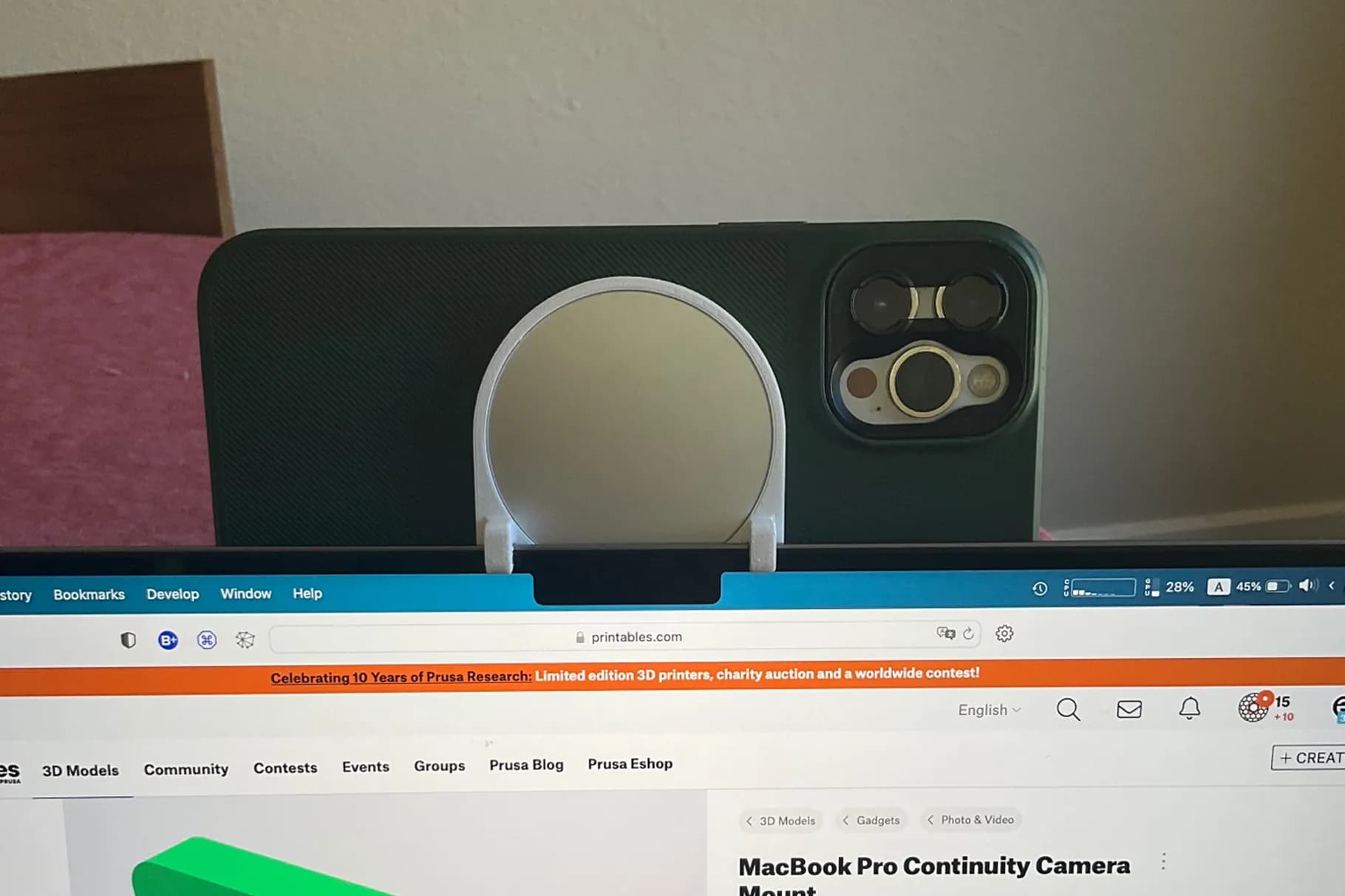 And, as a result, they have gone ahead and 3D printed a mount that will hold an iPhone on select computer models. Jonathan Wight is actually a software engineer that works for Apple, and he’s gone ahead and created new 3D-printable mounts for the feature. That’s a pretty big lead time ahead of the software updates that are set to launch to the public later this year, and official accessories that are supposed to launch around the same time.

The mounts themselves have hooks that will attach to the iMac Pro or MacBook Pro, and a dedicated slot where a MagSafe charging puck can be installed. The charging puck will hold your iPhone in place while it’s mounted to your computer. And, as an added bonus in this specific regard, you’ll be able to charge your iPhone while using it with Continuity Camera, too.

Designed and printed a Continuity Camera mount for my iMac Pro.

Will modify it for a MacBookPro tomorrow

No need to wait for Belkin or whoever is making the actual 3rd party mount. pic.twitter.com/vuOoAZlSUc

Wight does note that the mount isn’t likely to work with the 24-inch iMac, since it doesn’t have the same design as the iMac Pro. The silver lining is that the developer also published the 3D files on GitHub, which means any individual who feels confident enough to build another mount that does fit the new iMac, or even Apple’s Studio Display, they can tweak the parameters to do that.

What is Continuity Camera

This is one of the more exciting features Apple announced at this year’s Worldwide Developers Conference. As mentioned above, it works by turning your iPhone into a web camera for your computer. It can take advantage of features like Center Stage, which will automatically keep the primary subject of a video call centered in the frame. But, on top of that, it has another neat trick.

With Continuity Camera, users can show not only their face while on a video call, but also the desk. It’s called Desk View. This utilizes the Ultra Wide camera to show off an overhead view of the desk. The new feature will be available to the public when iOS 16 and macOS Ventura launch later this fall.

For developers (and, soon, public beta testers), they can try out the new feature now with the 3D-printed mount.

It will probably be very handy when the feature launches later this year.