Read Apple’s watchOS 9 system requirements and check the official device compatibility list to verify that your Apple Watch model can run this update. 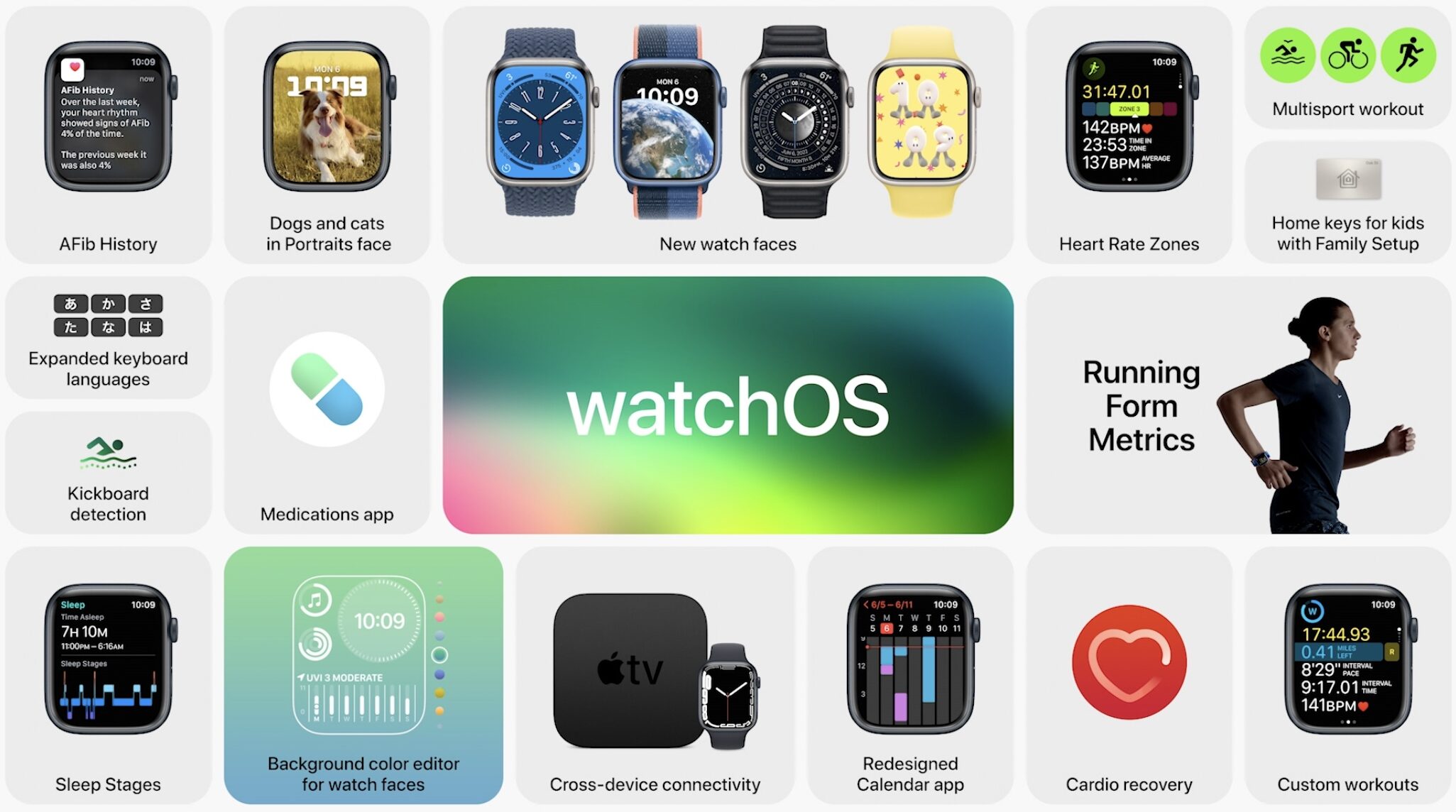 Apple at its June 9 WWDC 2022 keynote unveiled major new features coming to the Apple Watch with the watchOS 9 software update. Some of the best new features of watchOS 9 include new capabilities in the Workout out, sleep stages in Health, an all-new Medications app, richer customization for watch faces, and more.

Compared to watchOS 8, watchOS 9 cuts off support for the Apple Watch Series 3 and older. The following Apple Watch models are compatible with watchOS 9:

Aside from a compatible watch, your paired iPhone must be running the iOS 16 software upon which watchOS 9 is based. Otherwise, you won’t be able to install and use watchOS 9. According to Apple’s official iOS 16 system requirements, iOS 16 is compatible with the iPhone X and iPhone 8 models, manufactured in 2017, and later.

Hardware requirements: watchOS 8 vs. 7 vs. 6

watchOS 8 launched on September 20, 2021. Like watchOS 7, watchOS 8 is compatible with the Apple Watch Series 3 (with limited support) and newer.

Released on September 16, 2020, watchOS 7 removes support for the original Apple Watch and Series 1 and 2 models. It’s compatible with the Apple Watch Series 3 or later. Here’s the device compatibility list to see if your Apple Watch is supported:

The watchOS 6 software arrived on September 19, 2019. watchOS 6 supports any Apple Watch from Series 1 onwards. On Series 1 and Series 2, however, the update has limited support. Read: 30+ things to do after getting a new Apple Watch

When will watchOS 9 launch?

The watchOS 16 beta debuted following the June 6 WWDC 2022 keynote via developer.apple.com. A public beta for everyone to try out on their watches arrives in July via beta.apple.com. watchOS 89 will launch publicly in the fall alongside iOS 16, which is required to install watchOS 9. The prerelease software could have some features changed or removed before it launches for everyone.

How to install watchOS 9 on your Apple Watch

You can update your Apple Watch to the watchOS 9 software using the Software Update feature within the companion Watch app on your paired iPhone. Be sure that your iPhone is running iOS 16 or watchOS 9 won’t show up in Software Update.

If asked for your iPhone/Apple Watch passcode, enter it. And arm yourself with patience: watchOS 9 could take anywhere from several minutes to an hour to complete. The watch must be on its charger during the update process. And don’t quit the Watch app until it finishes! You’ll know if the update has completed when the watch restarts on its own. Read: How to fix Apple Watch stuck on the Apple logo