Reddit is an insanely popular resource for information, and for that reason, it’s not uncommon to see the official Reddit app on users’ iPhones. 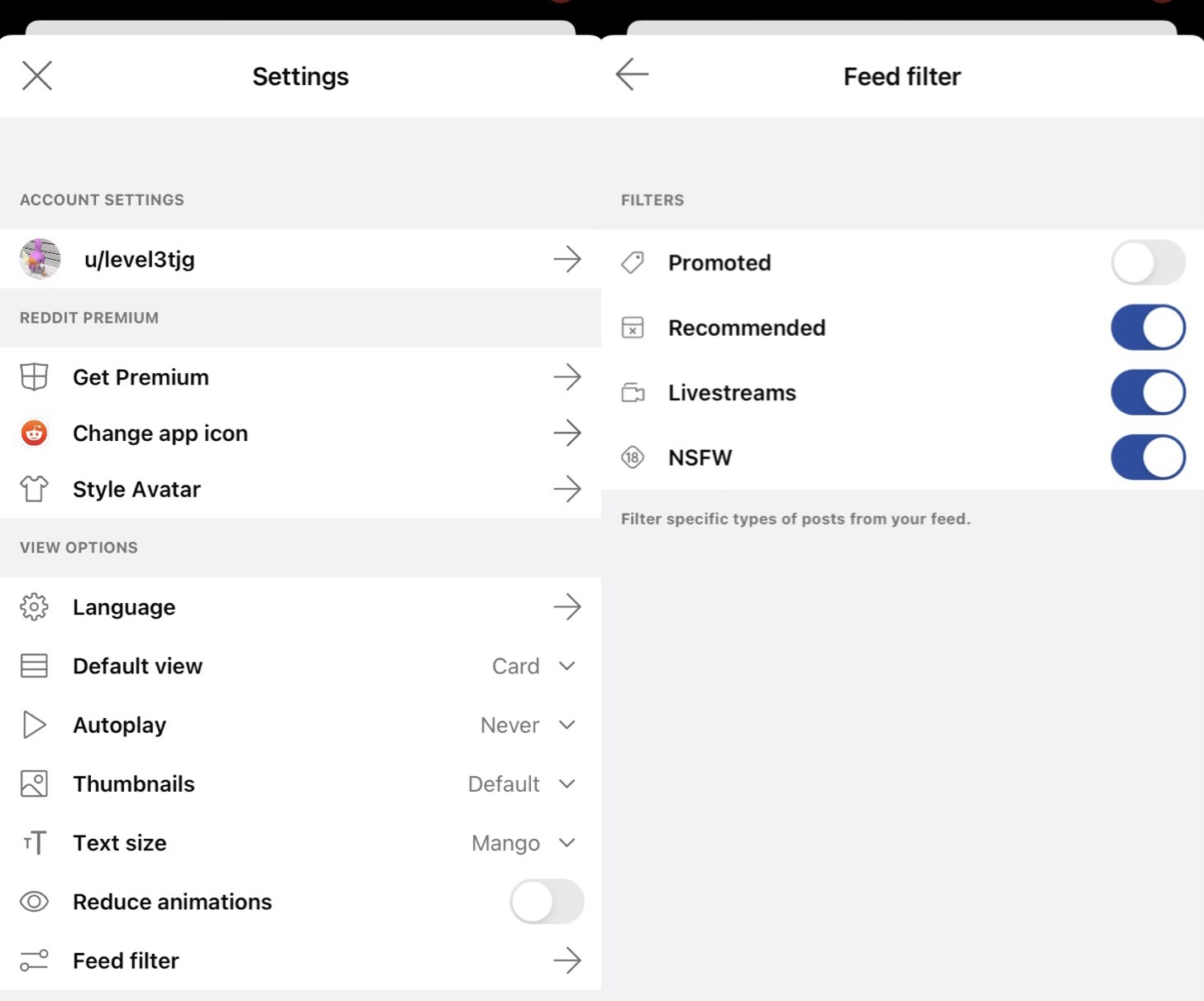 Unfortunately, the Reddit app isn’t much different than other online services in how it injects promoted content and other ‘fillers’ into your feed, and that’s something that a new and free jailbreak tweak called RedditFilter by iOS developer level3tjg aims to stop.

Once installed, the RedditFilter jailbreak tweak adds new options to the Feed filter preference pane in the Reddit app, as shown above. Things that can be filtered from the feed include the following:

When you enable one of the above items, it will be hidden from your Reddit app’s feed so that you can pay more of your attention to the things you actually follow as opposed to what Reddit wants you to see. Users are simply going to love this.

At the time of this writing, RedditFilter is advertised as working with Reddit app version 2021.46.0 or later. Please note that future updates to the app may or may not break this tweak, which could require the developer to update the tweak.

If you’re interested in giving RedditFilter a try, then you may download it for free from level3tjg’s personal repository via your favorite package manager app. The tweak will only work on jailbroken devices with the official Reddit app installed, as it won’t work with their-party Reddit clients.

Those not already taking advantage of level3tjg’s personal repository can add it to their package manager app of choice by using the URL provided below:

What are your thoughts about being able to filter your Reddit app’s feed? Let us know in the comments section down below.