Download this free new Mac app if you’d like to regain the functionality of the old iTunes mini-player and control Apple Music on any modern version of macOS. 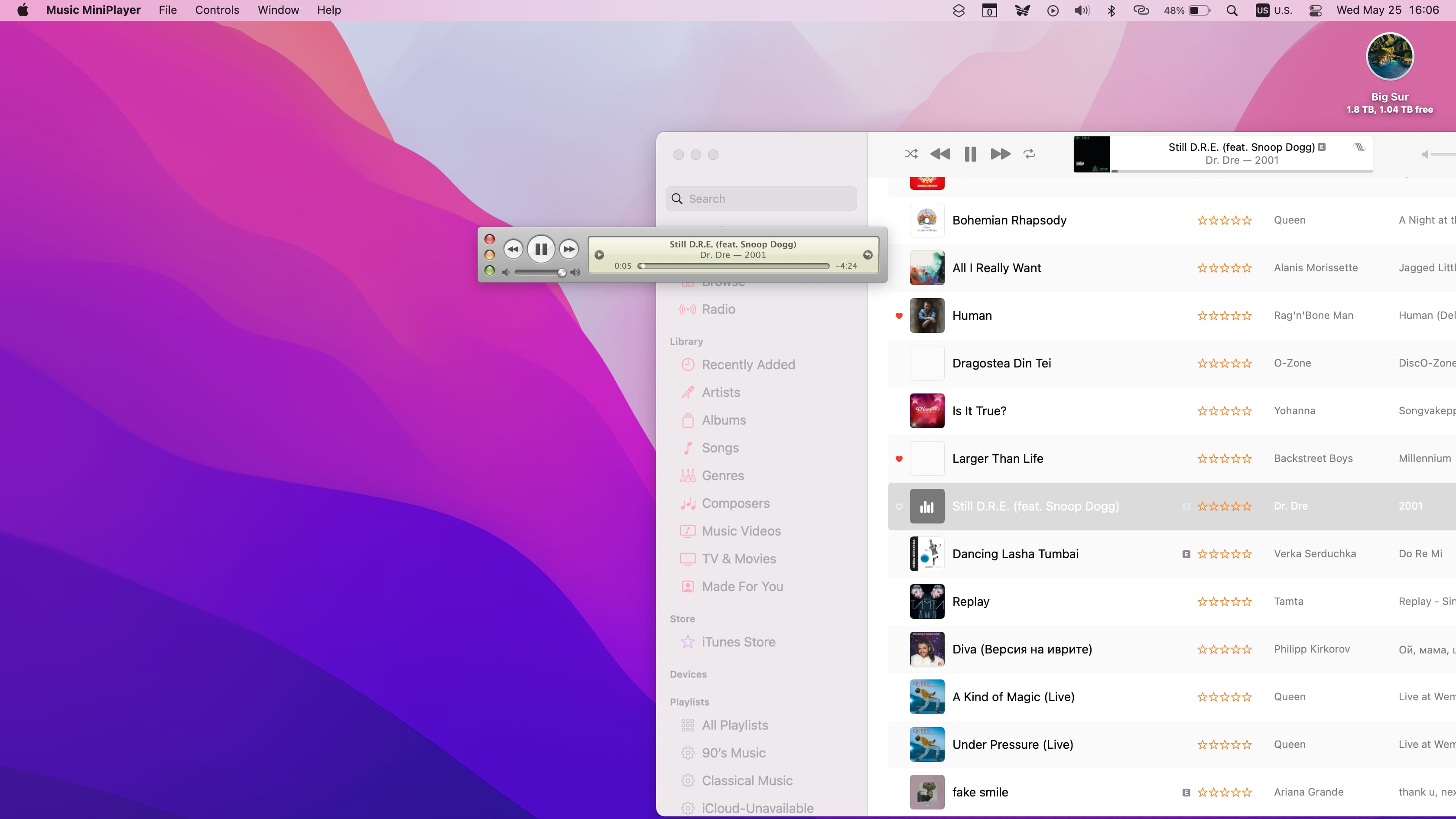 Once you have opened the Music app, you need to launch Music MiniPlayer. And boom, just like that, you’re instantly transported back in time when iTunes was all the rage. When Apple split iTunes up into several apps, its Music app ended up lacking some of iTunes functionality such as a very minimalist mini-player. A floating mini-player was one of the best features of iTunes. It hid the iTunes window from plain sight, replacing it with a tiny mini-player that included basic playback controls. Read: How to use the Music app’s mini-player on your Mac

Music MiniPlayer replicates the look and feel of iTunes’ mini-player down to every pixel. Mario drew the entire user interface in code using Apple’s Core Graphics and Core Animation frameworks to achieve crisp details for both Retina and non-Retina displays. Read: How to add, remove and manage music on your Apple Watch

More importantly, the app introduces some helpful features that the iTunes mini-player never supported. For instance, there’s a drawer you can slide to pick any playlist. From there, you can also turn shuffle and repeat modes on or off. It also supports streaming audio with a slightly adapted set of controls just for streaming.

Guzman has also developed another app that replicates the look and functionality of the original iTunes widget that launched in 2005, simply dubbed Music Widget.