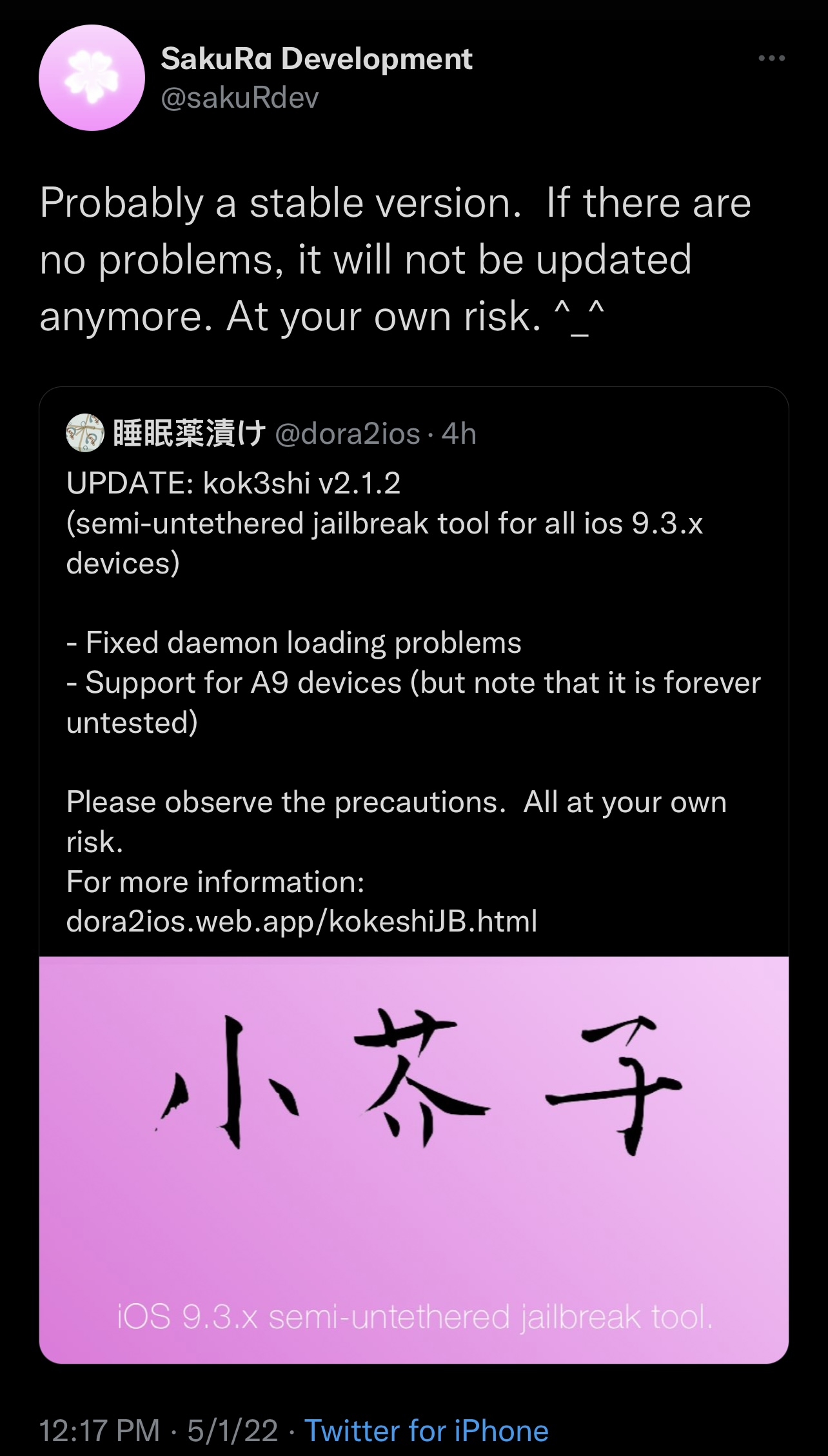 Announced via the official SakuRα Development Twitter account Sunday afternoon was the release of kok3shi v2.1.2, which appears to add support for A9 devices running iOS 9.3.x — a first of its kind — in addition to implementing a fix for daemon loading issues that some users had experienced.

SakuRα Development was careful to flag that the newfangled A9 device support as untested, however those who have supported devices and who wish to have a jailbreak on iOS 9.3.x may go ahead and try kok3shi at their own risk if they so choose to.

The Tweet also mentioned that if this particular version of the kok3shi jailbreak (v2.1.2) doesn’t shed light on any new issues that it would be the final update.

The kok3shi jailbreak isn’t installed via AltStore and AltServer like other semi-untethered jailbreak tools are, and that’s because the popular sideloading software can’t be used on iOS 9. Instead, prospective users will need to consider using Sideloady or Xcode to install the jailbreak app on their device.

As always, the sideloadable kok3shi .ipa file is available from the official dora2ios.web.app/kokeshiJB.html web page, and that includes the latest release as of today.

Do you have a compatible device and do you plan to try the kok3shi jailbreak out for yourself? Be sure to let us know in the comments section down below.